Why Do IRS Audit Numbers Continue to Decline? 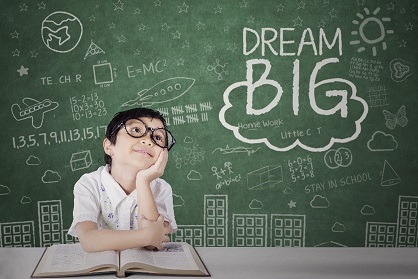 No one would voluntarily go through an audit and, in fact, many people would rather experience a lot of other unpleasant situations over going through an audit from the IRS. Let’s face it, being selected for an audit can be a spine-curling experience for many taxpayers. In reality, an IRS audit is not the worst thing that could happen to a person, especially, if they hire an experienced accountant to help get through the process. Really, it all comes down to whether or not you have been honest with the IRS and whether or not you can prove your honesty. In any case, the good news is that the IRS simply isn’t doing as many audits as it used to, and the numbers keep declining. That means your chances of being audited continue to go down, especially if you have a reputable tax and accounting firm file your return. But that begs the question: Why is the number of audits continuing to decline?

Of course, the answer lies in politics. The IRS, love em or hate em, does have an important job to do. That is to collect America’s taxes in order to help pay for many government run and assisted programs. However, thanks to many mistakes and some terrible decisions, including targeting many politicians on the right, the IRS has taken a beating by lawmakers on Capitol Hill. In fact, the tax agency has already seen its budget cut way back, which according to IRS officials, is making it difficult to perform even some of its most basics responsibilities. Because of that fact, the agency says it simply can’t keep up with all it has to do, and therefore cuts are made.

Taxpayers Not Getting Much Help

Audits aren’t the only IRS function that has taken a hit. According to IRS Commissioner, John Koskinen, less than 1 percent of all tax returns will even be checked for accuracy. As far as audits go, 2015 saw another decline from the previous year as the IRS completed only 1.2 million audits this year. That was nearly 14,000 fewer than in 2014. That also represents a decline of 350,000 from just five years ago, which is a 22 percent drop. Interestingly, revenue agents have also dropped by 22 percent over that same time period. Meantime, if you are trying to contact the IRS by phone, good luck ever getting a response. If you do, then consider yourself one of the lucky ones.

Of course, none of this will cause too many taxpayers to shed a tear. After all, the IRS is one of the most hated entities in the world. So, while some agree that the Internal Revenue Service is a necessary evil, it appears that Congress will continue to take aim at the IRS and that the nation’s top tax agency will continue to feel the heat. If the budget cuts continue, then audits could be down yet again in 2016. In fact it’s probably not a matter of if audits will go down, but really just a question of by how much.

The post Why Do IRS Audit Numbers Continue to Decline? first appeared on Advisors to the Ultra-Affluent – Groco.