Who will be the Next Elon Musk?

Everyone has heroes. We’ve all dreamed of becoming the next “great…” at some point in our lives. If you love basketball, then you’ve undoubtedly dreamed of becoming the next Michael Jordan at least once in your lifetime. If you live in the Bay area then maybe you want to be the next Steph Curry. In any case, we all have someone we admire and aspire to be like. There are plenty of all-stars in the business world, just like the NBA, who people look up to and want to emulate. One such business mogul who is the next Elon Musk, the founder and CEO of Tesla Motors, as well as the founder of several other companies. Elon has had a hand in some of the most far-reaching technology advancements and he has even bigger dreams for the future. 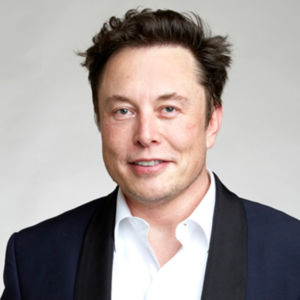 To that end, while some people might dream of being the next great sports star, or politician, or famous actor, there are many business executives and entrepreneurs who want to how to become the next Elon Musk. Elon was asked about this during a recent interview. He was also asked about what experiences he had when he was younger that helped set him up for the things he is working on now.

Elon said he really didn’t expect to be involved in all the things that he is working on right now. However, he has always been ambitious and he’s always had dreams about the possibilities that are out there. In fact, during his college days he said there were five main things he thought about: “Making life multi-planetary, accelerating the transmission to sustainable energy, the Internet broadly speaking, and then genetics and artificial intelligence.”

He reiterated that even though he thought about all of these things he honestly did not expect to be involved in all of them. He said he started out focusing on the electrification of cars and then it grew from there. “That’s actually what I worked on as an intern was advanced ultra-capacitors, to see if there would be a breakthrough relative to batteries for energy storage in cars.

And then, when I came out to go to Stanford, that’s what I was going to be doing my grad studies on was working on advanced energy storage technologies for electric cars.” So how confident was he in this endeavor? Elon said he wasn’t totally certain that the technology he would be working on would succeed. “You can get a doctorate on many things that ultimately do not have a practical bearing on the world. And I really was just trying to be useful. That’s the optimization. It’s like, ‘what can I do that would actually be useful?’”

So if you want to become the next Elon Musk that’s really what it comes to down to. If somebody is doing something that is useful to the rest of society, he said that’s a good thing. “It doesn’t have to change the world. If you make something that has high value to people…even if it has a small amount of good for a large number of people, I think that’s fine. Stuff doesn’t need to change the world just to be good.”

The post Who will be the Next Elon Musk? first appeared on Advisors to the Ultra-Affluent – Groco.