Where Do Most Americans Fall With Proposed Tax Reform?

December 6, 2017 / Bill Evans / Comments Off on Where Do Most Americans Fall With Proposed Tax Reform?
https://groco.com/blog/where-do-most-americans-fall-with-proposed-tax-reform/ 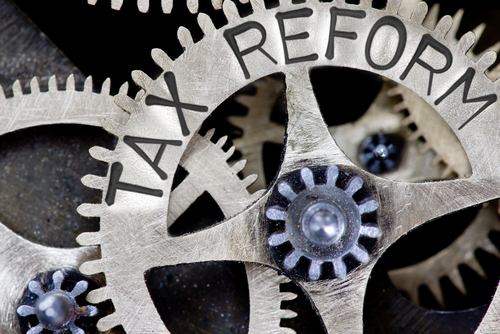 Tax reform is coming. At least that’s what we’ve been led to believe for the better part of a year now. Ever since Donald Trump won the election last November, most of the nation has been expecting tax reform. Here we are a year later and we’re still waiting for the president and his administration to deliver on that promise.

However, while it would seem most people favor tax reform, according to recent numbers being floated around, the majority of Americans aren’t in favor of the president’s tax proposals. A new CNN poll reports that 52 percent of Americans oppose the president’s proposals and just 34 percent are for it.

The problem is, according to the numbers, a mere 24 percent of Americans believe they will be better off if the president’s proposals become law. It gets worse for Trump, as 31 percent actually think their tax situation would get worse under the president’s plans.

Americans also feel that the proposals would hurt the country economically, as a whole, with 35 percent saying things would get worse and only 31 percent believing things would improve.

Some of the proposals that have been thrown around include consolidating the number of tax rates to just three instead of the current seven. The president wants to increase the child tax credit and the standard deduction, and axe the alternative minimum tax.

The post Where Do Most Americans Fall With Proposed Tax Reform? first appeared on Advisors to the Ultra-Affluent – Groco.