What’s the Biggest Mistake By People Who Work a Side Job?

December 6, 2017 / Bill Evans / No Comments
This post was originally published on this site
https://groco.com/blog/whats-the-biggest-mistake-by-people-who-work-a-side-job/ 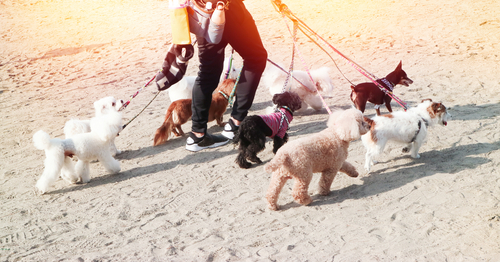 Everyone wants to make more money.

For many that mean picking up a side job to earn a little more cash. There are literally hundreds of side jobs out there but most are only good for a few extra dollars. However, there is a danger to doing work on the side if you’re not careful.

If you work as an employee, then you don’t have much to worry about. But if your side gig is something you do as a self-employed worker, then you need to be aware of the tax implications. As it turns out, this is one of the biggest problem areas for people who work side jobs, especially younger people.

The problem is many Americans aren’t reporting this extra income. In fact, according to a recent study from Finder.com, roughly a fourth, 69.8 million, of all Americans who make money from a side job are not reporting it.

That adds up to a large junk of change according to the IRS. The tax agency claims that tax evasion costs the government more than $450 billion a year. Ofcourse, that figure is not all from side job money not being reported. But, the IRS says nearly $215 billion of it is.

That is a lot of money, which is why the IRS takes reporting your side job income seriously. If you get caught not reporting this extra money it could cost you. The IRS can charge you as much as 5 percent each month every month your late paying on those taxes. Furthermore, if you don’t report and pay an accurate amount you could end up paying additional penalties and interest, as well face criminal charges.

So if you walk dogs, repair cars, babysit, do a little writing on the side, or anything else to make a few extra bucks, be sure you report that income to the IRS.

The post What’s the Biggest Mistake By People Who Work a Side Job? first appeared on Advisors to the Ultra-Affluent – Groco.