May 21, 2018 / Bill Evans / Comments Off on What Sets Confident People Apart?
https://groco.com/blog/what-sets-confident-people-apart/ 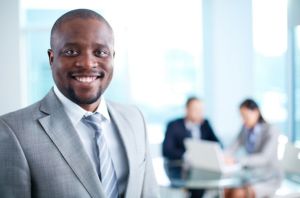 What makes someone successful?

Successful people have many positive attributes, but what really sets them apart from others is confidence. Those who have confidence are more likely to succeed than those with self-doubt.  That’s really a no-brainer, right?  But what makes confident people different?

They don’t make excuses. They don’t blame other people, or their circumstances, for their own results. That’s because they believe they are in control of their own outcomes in life.

They act before getting permission. Confident people know when and how to act.  They seize the moment instead of waiting for someone else to tell them what to do or how to act.  When they see something that needs to get done, they do it. They don’t wait for direction and miss opportunities.

Praise is not the goal. Everyone likes to be praised. It feels good. But confident people don’t need constant praise. They know success does not depend on what others think of them. They determine their own success, no matter who recognizes it, or who doesn’t.

The post What Sets Confident People Apart? first appeared on Advisors to the Ultra-Affluent – Groco.