ArticlesBusiness and leadershipWhat do both Goal Failure and Goal Success have in Common?

What do both Goal Failure and Goal Success have in Common? 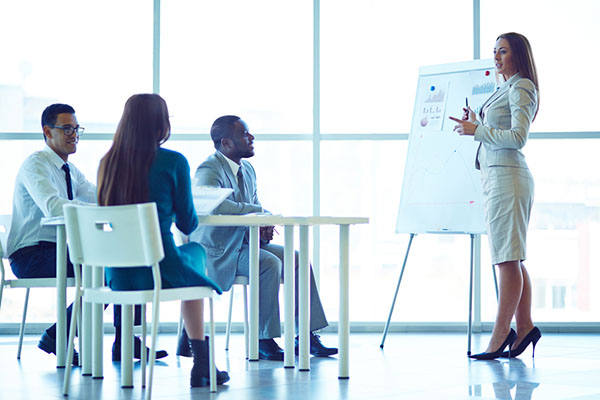 Goal success goal failure with a new year-round competitive team), and how he feels he is doing. He said, “Good.” That’s the typical answer I get from him, so I decided to dig a little deeper. I asked, “What does your coach say when you make a mistake?” His response was music to my ears, “He ask me if I know what I did wrong. I say yes, and that’s it.” I asked, “What happens if you make the same mistake again?” He said, “Then he helps me to get it right.”

I would assume that your answers to these questions would be “it depends.” My answers would be the same. It depends on whether it was due to a lack of effort; or due to taking risks or making an honest mistake or two. Goal failure happens.

Question: What should both your goal success and goal failure have in common?

That might seem like an odd answer since failure doesn’t initially seem like it has anything to do with success. But it does. It’s our mistakes along the way that either help us, or hurt us. When we fail in meeting goals we either get stronger or weaker. It’s our choice.

I don’t care for the quote “failure is not an option.” While that might be the c-ase for the pilot who is in the air, failure is required in most cases. We learned how to walk, ride a bike, hit a ball and almost everything else through failure. It is through our mistakes that we get stronger and better. In fact some would argue that failure helps us become even better than success itself for a number of reasons. Does this mean we ought to try to fail, of course not? But once we failed it doesn’t mean there aren’t other options. We can always choose the option to learn and move towards goal success.

Leaders must create a culture in which people are not afraid of goal failure. If those they lead are afraid of failing, they may never take the risks necessary for goal success. Great leaders know how to develop such a culture and get the greatest creativity and innovation from their teams.

Three things I would recommend leaders can do as they drive towards goal success include the following:

1. Talk about your mistakes (as a leader). I was coaching a leader once who was struggling with one particular person on her team that always dominated meetings. I suggested that she set rules of engagement for the team and at the top of the list include things such as listening and not interrupting. I also suggested that they have some kind of noisemaker (like a bell) at the table that people could use if someone violated one of the rules. I recommended that she violate the “not interrupting” rule herself and let people use the noisemakers to call her out. I said this would make people feel more comfortable in calling others out. It worked! This persons who was dominating the meetings became more civil.

Leaders who are willing to admit mistakes and failures make it more comfortable for others to feel that they can mistakes. But it is important that leaders also demonstrate how you can learn from mistakes as well.

2. Talk openly about mistakes with those you lead. Spend time helping those you lead understand that mistakes are okay as long we learn from them and don’t repeat the same ones again. Like the example that I used above of my sons basketball coach, as leaders we have an opportunity to create an environment where people learn from their mistake and get better.

3. Reward risk taking by not punishing it. If people are afraid of making mistakes or failing with their goals, they won’t take risks. Punishing those that take risks and as a result in the process make mistakes or fail, sends the wrong message.

The post What do both Goal Failure and Goal Success have in Common? first appeared on Advisors to the Ultra-Affluent – Groco.