Voters in Multiple States Choose Higher Taxes for the Wealthy 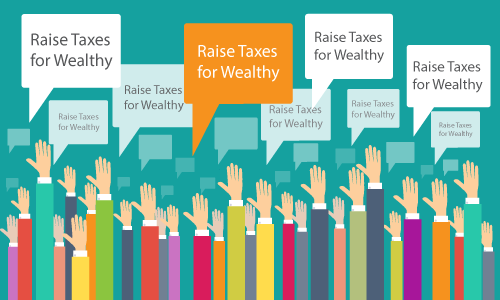 Of course, the big news from the election earlier this month was that Donald Trump shocked the world and defeated Hillary Clinton in the race to become the 45th president of the United States. However, there were several other important national, as well as local, election races and issues that were decided on November 8th. Not the least of which were several state measures aimed at raising taxes on high net worth individuals.

To that end, voters in both California and Maine decided that the rich needed to pay more taxes. In Maine, the vote to raise the state’s top tax rate from 7.15 percent to 10.15 percent was extremely close, passing by a narrow 50.4 percent to 49.6 percent margin. That means Maine will have the second highest top tax rate in the country in 2017, surpassing Oregon, which was number two in 2016 at 9.9 percent.

In California, meanwhile, the vote wasn’t even close, with 62 percent voting to extend temporary tax hikes already in place. Proposition 55 extended the hikes originally implemented in 2012 with Proposition 30. That means top earners, those who make $1 million or more a year, will continue to pay a tax rate of 13.3 percent at least until 2030. California will continue to have the highest tax rate for top earners in 2017.

So, while all signs point to Donald Trump lowering the federal tax rates, if you live in California or Maine and you’re a top earner, you won’t see any relief in the coming years in your state taxes.

The post Voters in Multiple States Choose Higher Taxes for the Wealthy first appeared on Advisors to the Ultra-Affluent – Groco.