Up Your Game – David Bradford, Executive Chairman of Hirevue 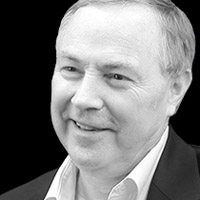 Known for accelerating the growth and performance of game-changing organizations, David Bradford is Executive Chairman of HireVue.

Bradford is a proven business leader with nearly 30 years of experience, acknowledged by many as a significant contributor to the evolution of information technology. Until April of 2010, Bradford served as CEO of Fusion-io (NYSE: FIO), pioneer of a new storage memory platform, significantly improving performance in the world’s data centers. In this role, he sourced and brought together an S-1 ready management team, helped secure key strategic partnerships for the company, drove a massive increase in sales and saw the company named America’s Most Promising I.T. Company by the Wall Street Journal. He continues to work with Fusion as Chairman of its Strategic Advisory Board.

Previously, Bradford served as Senior Vice President and General Counsel of Novell, Inc. (NASDAQ: NOVL), where he helped lead the networking start-up through a series of acquisitions, public offerings and business development activities. He held responsibilities across four divisions – Legal, Government Relations, Business Development and Security – and twice served as Chairman of the Board of the Business Software Alliance, the world’s leading industry trade association.

Bradford is an advisor to a number of organizations and funds. He was on the original Advisory Board of Omniture, which recently sold to Adobe (NASDAQ: ADBE), and served on the Board of Directors of Pervasive Software (NASDAQ: PVSW). He is the recipient of numerous honors and distinctions, including the 2010 Utah “Executive of the Year,” and earned a law degree and bachelor’s degree in Political Science from Brigham Young University, as well as an MBA degree from Pepperdine University.