Trade Secrets and How to Protect Them

June 28, 2017 / Bill Evans / Comments Off on Trade Secrets and How to Protect Them
https://groco.com/blog/trade-secrets-and-how-to-protect-them/ 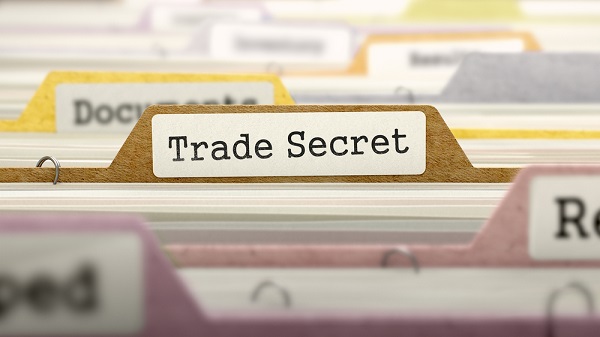 Trade Secrets and How to Protect Them

A trade secret is a type of intellectual property distinguished from three others, namely copyrights, trademarks, and patents.

Advantages of a Trade Secret

Trade secrets bring value to the company because they are not known to others, particularly competitors, in your market place. To maintain trade secrets, you must make reasonable efforts to protect them. You should have a program for maintaining secrecy, including:

Trade secrets can include:

Manufacturing techniques and other methods

The last one is a huge issue, especially when employees leave with a list of customers with the intention to set up a competing practice.

Customer lists can’t be considered trade secrets if they are simply copied from the yellow pages. They must be developed. They often evolve over time and include critical info, e.g., the contact person, the nature of the company, etc.

Disparate elements — you can have various formulas, none of which is a trade secret in itself, but when brought together, they can be part of a formula that does constitute a trade secret.

The economic value of a trade secret can be actual or potential. The Google algorithm is an example of what was at one time a potential trade secret. The algorithm was developed by students while in college. Although they had developed a method to search the internet, they had no idea at that time how to turn it into a business. Had someone had stolen their algorithm, it would have been protected as a potentially valuable trade secret.

Historically, trade secrets were the subject of common law, which looks at:

Uniform Trade Secrets Act — Adopted by 47 states. Misappropriation occurs when a trade secret is acquired by improper means or comes into your possession and you knew it was a secret, e.g., information provided by a new employee.

Federal Economic Espionage Act — U.S can prosecute as a criminal act. The concern is the outflow of business information.

Injunction — For example, when an employee leaves the company with valuable trade secrets and joins a competitor, the company may be able to obtain an injunction to prevent him or her from disclosing them.

Compensatory damages — These are actual damages to the complaining party. Liquidated damages may be provided for in the non-disclosure agreement.

Punitive damages — If there is willful misappropriation, there may be a doubling or tripling of the amount of actual damages.

The post Trade Secrets and How to Protect Them first appeared on Advisors to the Ultra-Affluent – Groco.