March 26, 2018 / Bill Evans / Comments Off on This Year Will Be the Last Time You Can Claim These Deductions
https://groco.com/blog/this-year-will-be-the-last-time-you-can-claim-these-deductions/ 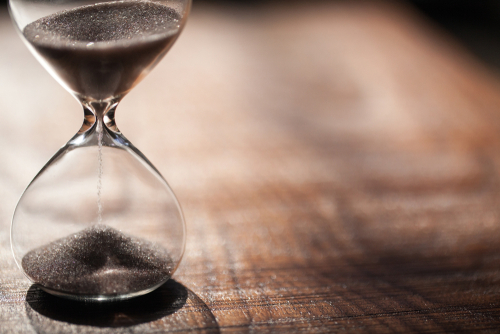 If you’re like many taxpayers, then you’ve already filed your 2017 tax return, and perhaps even received your refund. If so, congratulations are in order. You can now

forget about taxes for another year…although we don’t recommend that. On the other hand, if you’re one of the many procrastinators out there that just can’t find the motivation to get your taxes done,

then you should probably read this before you finally get around to doing them.

Perhaps you’ve heard about some changes to the nation’s tax code? It was kind of a big deal. However, these changes don’t apply to the 2017 tax year. You’ll have to worry about them come 2019. That being said, because of the changes there are some things that will be a lot different next year. For example you won’t be able to enjoy all of the same deductions that you always have. In fact, here are five common deductions that won’t be back next year. That means you better make sure you claim them this year, because they will soon be a thing of the past.

Personal Exemptions–this is the last year you can claim a personal exemption of $4050 for you, your spouse and each of your dependents. The standard deduction has increased, but

that won’t benefit everyone that would have claimed the personal exemption, including some families with multiple children, or single parent homes.

Mortgage Interest Deductions–although most people will still be able to claim this deduction, there are significant changes that affect high price mortgages. If you purchased your home before December 15 of last year you can claim the mortgage interest on loans up to $1 million. For new mortgages after that, the cap has been reduced to $750,000.

State and Local Tax Deductions–This is the last year you can deduct state income, property and sales taxes from your federal return. The Tax Cuts and Jobs Act now combines the three and caps the combined amount for all three at $10,000.

Moving Expenses–anyone who had to move for work and incurred tangible moving expenses might be able to deduct those expenses. First off, your move must be because of work and it has to be more than 50 miles away from where you previously lived. So, if you moved last year, you’re in luck.  But going forward, at least until 2026, this deduction will no longer be available.

Alimony Payments–if you paid alimony payments to your ex in 2017 you can still deduct them. Starting in 2018 that won’t be the case. What’s more, the person who receives the payments will no longer have to report them as income. The one caveat: this only applies to new divorces that occur in 2019 or later.

Just Do It
So, if you still have to file your return this year, make sure you don’t miss out on any of these deductions. This might just be your last chance.

The post This Year Will Be the Last Time You Can Claim These Deductions first appeared on Advisors to the Ultra-Affluent – Groco.