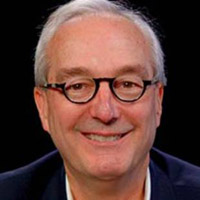 Ray joined Venrock, a diversified $2 billion venture capital firm, in 1988 in New York City, and after 25years and 53 direct investments, his passion for building companies is as strong as ever. He retired from Venrock, June 2013 and continues as a venture capitalist on his own account.

Ray began his career as a nuclear engineer with Yankee Atomic Electric, and later spent a year at Exxon Minerals in its nuclear operations. Before joining Venrock, he also participated in three venture capital backed companies – two that failed and one that was very successful, Sun Microsystems. These experiences introduced him to venture capital and the risk involved in startup enterprises. During his tenure at Venrock in 1992 he the launched Venrock’s Internet practice, and later he established the firm’s energy practice in 2004. His investments have resulted in a lifetime investment internal rate of return (IRR) of 94%. Ray was selected #49 on the Forbes Midas List for 2012 for his venture track record and #63 in 2013.

An engineer at heart with a keen insight into product markets and how people are impacted by technology, Ray loves to figure out what matters in a company and mentor young entrepreneurs. Past successful investments include seven the IPOs of Spyglass, DoubleClick, Digex, USInternetworking, FogDog Sports,Check Point Software and Imperva. Also he has many successful exits such as Pedestal, Haystack Labs, PCube, Whole Security, Vontu, PGP, Qpass and others. Focusing early in the Internet years on infrastructure and security, he has an extraordinary track record in cyber security investments.

Subsequent to his retirement from Venrock, Ray was approached and pursued a number of private investments in numerous companies ranging from energy to cyber to healthcare. He has made a number of investments on his own account, and is a limited partner is a number of venture capital partnerships extending his network both east and west. His board seats in his portfolio include Premier Coiled Tubing Solutions, Colabo, Patients with Power, and Transatomic Power.

In addition to his venture capital activities, Ray was Chairman of the National Venture Capital Association a position elected by his industry peers. During his chairmanship, the NVCA successfully recruited and employed Bobby Franklin to be the new CEO of the NVCA. In 2010 he was requested and testified to the President’s Blue Ribbon Commission on America’s Nuclear Future. He also has served on the Board of Trustees of the Texas A&M Foundation (2003-2010) where he chaired the Investment Committee (2007-2010), is currently an Executive in Residence at the Harvard Business School (2011-present), was an Executive in Residence at Middlebury College (2011-2012) and served a decade on the Visiting Committee of the MIT Nuclear Science and Engineering Department ending in 2011. Presently he is on the Music and Theatre Arts Visiting Committee at MIT. He is on the board of and is a past chair of Woodside Priory School in Portola Valley, California. He also is a trustee of TheatreWorks Silicon Valley, a regional theatrical company in Palo Alto, California. Ray targets his philanthropic interests primarily at climate change, education and the performing arts. He and his son have a 1960s cover rock band, “Up and to the Right” that performs around the peninsula.

Ray also is a frequent speaker on venture, energy and technology. He often presents independent research showing how government, industry, technology and public opinion must converge for America to solve big problems such as developing and implementing an energy policy that protects national, economic and environmental security. His research of late includes cleantech strategies and prospective cybersecurity threats. His blog is at rayrock.wordpress.com. And he is @rayrothrock on Twitter.

Ray is passionate about climate change and need to reduce the use of fossil fuels for energy production. He Ray A. Rothrock February 2014 was a co-executive producer of Robert Stone’s documentary titled, Pandora’s Promise, which debuted at the 2013 Sundance Film Festival. Ray holds a Professional Engineering License, Texas. He is an Eagle Scout, and was born and raised in Fort Worth, TX.