The Fight for Tax Reform Will Be Long and Arduous

Home Articles Tax Wealth The Fight for Tax Reform Will Be Long and Arduous
0   
By MYPATHS Tax Wealth September 11, 2017
This post was originally published on this site
https://groco.com/tax/the-fight-for-tax-reform-will-be-long-and-arduous/ 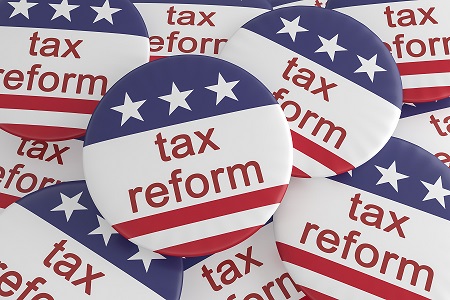 Is it starting to feel like the process to simply put up a new stop sign in the Nation’s Capitol would take an act of Congress? These days nothing is simple in Washington and when it comes to tax reform the battle will be anything but easy.

When President Trump took office it was widely believed that tax reform would be fairly simple and would come with only minor headaches. With the Senate and Congress both controlled by republicans, tax reform was just a matter of when, not if. Well, not so fast.

If you thought the battle for healthcare reform was tough, the nation’s lawmakers are just getting started. The interesting thing is, the tax reform battle isn’t just a matter of party lines. Republicans are very divided on tax reform, including what changes to make and how to pay for them.

There are several overriding factors that could delay tax reform even further, not to mention that another election cycle is coming up. First off, Congress needs to pass a fiscal budget for 2018 before it can take on tax reform. Secondly, republicans are divided over whether they should seek a tax cut or complete tax reform.

The battle over many long-standing tax incentives and breaks is also a big sticking point.  Additionally, Obamacare is still unfinished business and it is looming over the current administration. Some lawmakers, including the president, are still focused on resolving that matter first.

Therefore, those still hoping for, or expecting, tax reform this year better prepare to curb their enthusiasm. This looks like another long journey with many twists and turns.

The post The Fight for Tax Reform Will Be Long and Arduous first appeared on Advisors to the Ultra-Affluent – Groco.