Recently I took part in an interview with leadership guru Ken Blanchard. Ken was just finishing up his book, Fit at Last, in which he shares how after years of failing to meet his personal fitness goals he was finally able to succeed by applying situational leadership to his fitness routine. One of the questions which we asked Ken was what leadership style he thinks is the best. His answer was simple and rang with universal truth. Since then I have analyzed what Ken had to say and have come to realize what the best leadership style really is. 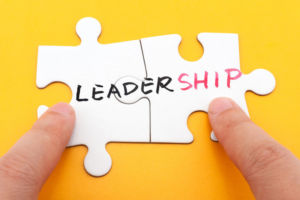 There are hundreds of different leadership styles and philosophies out there in the world like supporting coaching delegating directing; however which is the best? Is it the football coach yelling drills, at his team that will condition them into a game-winning team? Or is it the college professor who instead of serving as a lecturer encourages his pupils to think and grasp the concepts for themselves. What if the professor and football coach switched positions wherein the class, the coach shouted out information, and the professor waited for the football team to learn what they needed to practice in order to train themselves? Perhaps the better question that we should be asking is which leadership style do you best react to? The concept of leadership is not at all systematic in nature. It takes years to develop and requires the leader to understand his environment and the motivation and competency levels of those whom he is working with.

There are four types of leadership styles: Directing, Coaching, Supporting and Delegating

1. The Directing leadership style is one where the leader takes control of the situation. He relies on his knowledge and personal experiences to lead a group, giving them very little control to lead themselves. This method is best applied to a group that is enthusiastic and highly motivated to get a job done, however they lack the competence to get things done themselves.

2. The next step up from Directing is the Coaching Style. Coaching involves getting involved with an individual while they still lack competence in an area. They require a high level of direction, as well as advice and encouragement in order to build both their confidence and competence.

3. The directing style of leadership is designed for individuals who are gaining competence in their field, however, they still lack confidence in themselves and their own abilities. They need a high level of encouragement and to be told that they can succeed.

4. The Delegating Style is designed for individuals that have grown into a high level of confidence, motivation, and competence. They don’t necessarily need to be directed anymore and are capable of mentoring others. Individuals that have reached this level can be delegated projects and best benefit when they are the ones to approach you, as their leader, for advice and counsel.

Is there one leadership style that is better than the other? No. What it all boils down to is the competence and commitment levels of the individuals whom you are trying to lead. Something to keep in mind is that just because an individual may react best to the delegating style in one area of his life, doesn’t mean that the delegating style would be right for him or her in another area. How motivated and competent an individual is at the task given is the determining factor for which leadership style will work best for them.

The post The Best Leadership Style first appeared on Advisors to the Ultra-Affluent – Groco.