Taxes Aimed at the Wealthy Could Send Canadian Entrepreneurs Fleeing 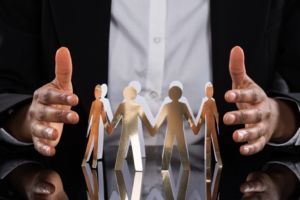 The idea of taxing the rich is certainly not new, and neither are the negative effects that this philosophy can cause. While the United States is know for it’s broken tax system which attempts to punish the wealthy simply for being wealthy, America is not the only country that goes after the rich by implementing higher taxes. Likewise, the U.S. isn’t the only country that sees businesses and entrepreneurs take their expertise elsewhere in order to avoid these inflated taxes.

Canada Looking to Go After the Wealthy

The Canadian government is reportedly ready to implement a new tax plan that will target the wealthy, which liberal leaders apparently promised to do as part of their most recent election campaign. According to the report the new taxes could generate as much as $30 million for the provincial government. Under the new tax rates, those making between $150,000 and $250,000 are going to see their tax rate increase to 21 percent. Meanwhile, those who make more than $250,000 will see their new rate reach 24.75 percent. That’s a big jump from the previous rate, which was only 17.84 percent.

The Rich Get Hurt

Meanwhile, as expected there are many that oppose these new tax rates and they hope the government will reconsider the hikes. The vice-president of the Canadian Manufacturers and Exporters, Joel Richardson, says the new rates will only hurt the country in the long run. He notes that this will only serve to put more pressure on Canadian entrepreneurs and could lead them to consider taking their expertise, their products and innovations, and their businesses somewhere else. Even the Canadian finance minister admits that the new taxes could influence business owners and entrepreneurs to go elsewhere.

Taxing the Rich Hurts the Economy

As for the so-called tax experts and some right-minded economists, they are preaching the same tune: raising the taxes on the wealthy will only serve to hurt businesses, and the country, in the long run. One economist even noted that studies have shown that when the government goes after the wealthy with higher taxes it doesn’t lead to a better economy, and in fact, it only leads to more cheating. When the government goes after the rich, the rich often respond by using tax shelters and other schemes to avoid paying the increased tax bill.

Make Sure Your Tax Bill Is Optimized

Whatever happens in Canada, the idea of taxing the wealthy will never go away. Despite continued evidence that going after the rich with a progressive tax system doesn’t work, the left-minded government will never stop trying. In any case, you need to make sure that you do everything legally possible in order to save more on your taxes. That includes contacting GROCO for help with your accounting, tax planning and tax filing. We’ll help you manage your taxes throughout the entire year and get the best return on your tax investment. Please contact us today by clicking here, or give us a call at your earliest convenience at 1-877-CPA-2006.

The post Taxes Aimed at the Wealthy Could Send Canadian Entrepreneurs Fleeing first appeared on Advisors to the Ultra-Affluent – Groco.