Some of the Most Amazing Tax Deductions Ever 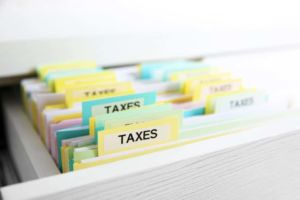 At GROCO, we have been doing this for more than 50 years. That means we’ve heard just about every crazy tax story you can imagine. With tax season now officially in full swing we thought we would share some of the craziest tax deduction stories we’ve ever heard; and they’re all true.

A gas station owner gave away free beer at his gas station. At tax time he put all the expense for the beer on his tax return as a business expense. He told the IRS he was trying to entice new customers to pull in and fill up, which was actually a way to promote his business. The IRS agreed.

A couple managing some rental properties decided that they didn’t have enough time to drive around a mountain pass to visit all their homes. The couple decided to buy a private jet instead, so they could see their homes much quicker. They said it should be allowed as a deduction because it saved them so much time. The IRS agreed with them and said it should be allowed as a normal, ordinary and necessary business expense.

Another couple, which owned a junkyard bought a large supply of cat food and then claimed the purchase as a deduction. They said they needed to use the food to attract stray cats. Why, because they needed the cats to keep the rat and snake populations under control.

The best part about all of these stories is that they really happened and the IRS really let these people take these crazy deductions. There’s no question that these taxpayers knew how to milk the system. Want to hear some more crazy tax deduction tales? Just click here.

The post Some of the Most Amazing Tax Deductions Ever first appeared on Advisors to the Ultra-Affluent – Groco.