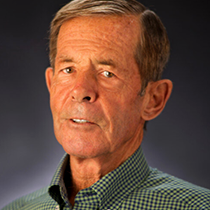 In 2011 thousands of people gathered in the New York’s Financial district the to protest. The movement became known as, Occupy Wall Street. At the time, the economic collapse of 2008 as well as the huge government bail outs were fresh in the minds of the public.

What started out as a peaceful protest in New York City grew to protests in many major cities across the country- ultimately ending in violence and thousands of arrests. What exactly did these people want?

While reported motives range from climate change, universal income to world peace- ultimately they felt that capitalism had let them down and that Wall Street had taken advantage of them.

Whether this is true or not we’ll let you decide. Prior to Wall Street taking off, the Philadelphia Stock Exchange was the finance center of the country. To help us better understand the history of Wall Street, and how it roe in importance, I sat down with Robert Zucarro, who is an Investment Analyst as well as author of the Book, How Wall Street Reshaped America’s Destiny.

[Wall Street] came about in 1792 when a group of brokers got together, literally under a buttonwood tree in Manhattan, and they created an agreement whereby they were creating securities. It took about 20 years for the securities business to grow to a point where they could occupy a building on Wall Street. The business picked up very dramatically in the 1820’s with the canal era. The canal era, was very important in that before, products used to be shipped overland, from the Midwest to New York City. With the opening of the near Erie Canal, which was financed by the federal government, it reduced shipping times by 60% and shipping costs by 90%- making New York, the center of not only commerce, but finance in the United States.

The Erie Canal allowed goods to arrive quicker and cheaper to New York. This logistical change for the region propelled New York City ahead economically and well as made the New York Stock Exchange the new center of Finance and Commerce in the United States. It also would have been impossible for the Erie Canal to have been dug had it not been for the funds which the New York Stock Exchange raised for it’s construction.

The Wall Street’s Role in the Construction of Capitalism is a great example of how Capitalism works to benefit the everyday American. Prior to it’s construction potential investors had the opportunity to hear the how the Erie Canal could benefit people. There was no guarantee that the project would be successful, however people that believed in the cause could choose to risk their money in order to make the vision happen. Consequently, because the project was a success, investors were rewarded financially by fees that boats had to pay in order to use the canal.

This story is also not unique- there are many examples of how both society and investors have been rewarded via capitalism throughout the history of our country.

Without Wall Street, the United States would not have led the Industrial Revolution. Without Wall Street, the United States would not have won two world wars. We entered World War One in 1917. The war started in 1914, when the Archduke of Austria was assassinated in Serbia. During that three year hiatus before we entered the war, the great investment banks like Kidder Peabody and Seligman and Morgan Stanley were financing the allies. Most investors don’t understand this. And what’s particularly interesting is that there is not a city or state in this country today that could provide the services and products that they do without Wall Street, because Wall Street is constantly financing their deficit funding habits.

I think we’d probably be under dictatorship, or a socialist economy because government would be in total control of everything. And what’s difference. The difference between government and private enterprise is vast. Private enterprise operates on a profit system, they are motivated to bring new products and services out where his government is stuck in its old habits and embroiled in politics. Without business today, our standard of living would not be what it is.

Recall the Occupy Wall Street movement of years ago, not one of these people that were sitting in had any idea what Wall Street was about and how Wall Street has benefited this country in so many ways.