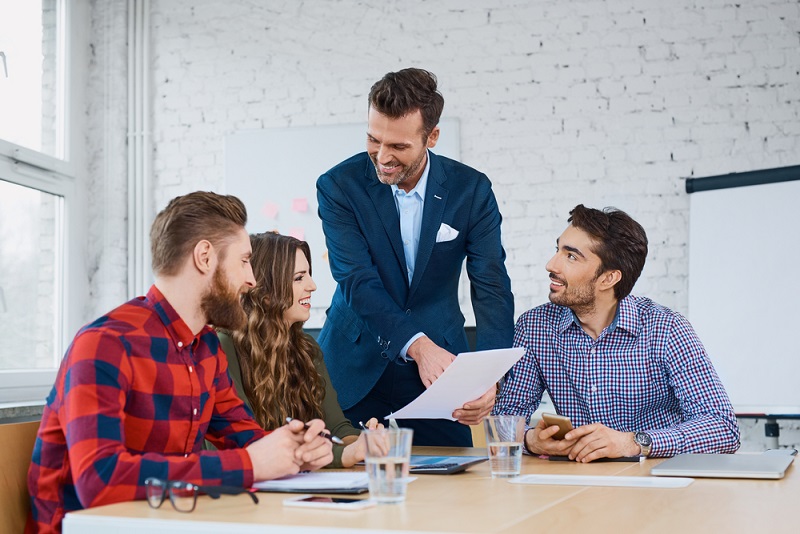 The I.R.S. tried to argue that the taxpayer needs to be a “Broker” not a just an “Agent” to meet the 750 hour per year material participation test.

The Tax Court said: “The Court concludes that Congress is presumed to have defined the term “brokerage” in its common or ordinary meaning. The Court further concludes that for purposes of section 469, the “business” of a real estate broker includes, but is not limited to: (1) Selling, exchanging, purchasing, renting, or leasing real property” and therefore, an “agent” is the same as a “broker” for purposes of this test.”

Comment from Ron Cohen:   We agree with the tax court and can’t imagine why the I.R.S. even troubled this taxpayer by arguing an “agent” did not qualify, imposing back taxes and penalties…making them suffer through an audit on this issue and the need to appeal into court.  Had the Tax Court found that the activities of an agent did not qualify for the Real Estate Professional Rule, many, many thousands of well advised taxpayers would have been in a tough spot having to decide whether they must amend their returns and pay-up.  This is another example of the I.R.S. trying to turn the clear meaning of a law against the taxpayers.  One must wonder: Is the I.R.S. enforcing the law, or coming up with their own unintended theories of what the law should be?… just because they have the power to do so.

By the way, somewhat related to this issue, that for California taxpayers, the “Real Estate Professional” exception to the Passive Loss Limitation, does not apply.

PURSUANT TO INTERNAL REVENUE CODE SECTION 7463(b),THIS OPINION MAY NOT BE TREATED AS PRECEDENT FOR ANY OTHER CASE.

Kris H. An, for respondent.

This case was heard pursuant to the provisions of section 7463 of the Internal Revenue Code (Code) in effect when the petition was filed. Pursuant to section 7463(b), the decision to be entered is not reviewable by any other court, and this opinion shall not be treated as precedent for any other case. Unless otherwise indicated, subsequent section references are to the Code in effect for the years in issue, and all Rule references are to the Tax Court Rules of Practice and Procedure.

After concessions by the parties, 1 the issues remaining for decision are whether petitioners are: (1) Entitled to deduct on Schedule E, Supplemental Income and Loss, losses of $40,104 and $19,656 for 2001 and 2002, respectively, as qualifying taxpayers in real property trades or businesses; and (2) liable for the accuracy-related penalty for each year.

Some of the facts have been stipulated and are so found. The stipulation of facts and the exhibits received into evidence are incorporated herein by reference. When the petition was filed, petitioners resided in California. (rather than $5,988.16) for 2001; (2) they are not entitled to a self-employed health insurance deduction of $2,332 for 2001; (3) they are not entitled to additional exemptions of $9,048 and $1,920 for 2001 and 2002, respectively; and (4) itemized deductions adjustments for 2001 and 2002 are computational.

During 2001 and 2002 Shri Agarwal (Mr. Agarwal) worked full time as an engineer. During 2001 and 2002 Sudha Agarwal (Mrs. Agarwal) worked full time as a real estate agent at “Century 21 Albert Foulad Realty” (brokerage firm). 2 During 2001 and 2002 Mrs. Agarwal was licensed as a real estate agent under California law; she was not a licensed as a broker. 3 She worked for a brokerage firm pursuant to an “Independent Contractor Agreement (Between Broker and Associate Licensee)”. The contract provided that she was an independent contractor, not an employee of the brokerage firm. Consistent with Mrs. Agarwal’s independent contractor status, the brokerage firm issued a Form 1099 to her for each year, and it did not pay her a salary; rather, she received commissions. The contract also required Mrs. Agarwal to sell, exchange, lease, or rent properties and solicit additional listings, clients, and customers diligently and with her best efforts.

In the notice of deficiency issued to petitioners, respondent disallowed their Schedule E losses for each year because: (1) Passive losses are allowed only to the extent that they qualify for the special allowance for rental real estate and the transitional phase-in rule; and (2) petitioners’ losses were in excess of their passive income, the special allowance, and the phase-in rule.

I. Burden of Proof

The Commissioner’s determinations in a notice of deficiency are presumed correct, and the taxpayer bears the burden to prove that the determinations are in error. See Rule 142(a); Welch v. Helvering, 290 U.S. 111, 115 [12 AFTR 1456] (1933). But the burden of proof on factual issues that affect the taxpayer’s tax liability may be shifted to the Commissioner where the “taxpayer introduces credible evidence with respect to *** such issue.” See sec. 7491(a)(1). Petitioners have not alleged that section 7491(a) applies; however, the Court need not decide whether the burden shifted to respondent since there is no dispute as to any factual issue. Accordingly, the case is decided by the application of law to the undisputed facts, and section 7491(a) is inapplicable.

Section 469(a) generally disallows any passive activity loss. A passive activity loss is defined as the excess of the aggregate losses over the aggregate income from all passive activities. Sec. 469(d)(1). A passive activity is any trade or business or an activity engaged in for the production of income in which the taxpayer does not materially participate. Sec. 469(c)(1), (6). Material participation means that the taxpayer is involved in the activity’s operations on a regular, continuous, and substantial basis. Sec. 469(h); see also sec. 1.469-5T(a), Temporary Income Tax Regs., 53 Fed. Reg. 5725 (Feb. 25, 1988) (an individual is treated as materially participating if the individual satisfies any one of the seven enumerated tests).

The general rule is that a rental activity is treated as a per se passive activity regardless of whether the taxpayer materially participates. Sec. 469(c)(2), (4). But under section 469(c)(7), rental activities of a qualifying taxpayer in a real property trade or business are not a per se passive activity Kosonen v. Commissioner, T.C. Memo. under section 469(c)(2). 2000-107. Rather, the qualifying taxpayer’s rental activities are treated as a trade or business—subject to the material participation requirements of section 469(c)(1). Fowler v. Commissioner, T.C. Memo. 2002-223 [TC Memo 2002-223]; sec. 1.469-9(e)(1), Income Tax Regs. And in determining whether a taxpayer materially participates, the participation of the taxpayer’s spouse is taken into account. Sec. 469(h)(5).

A. The Parties’ Arguments

C. Application of the Definition to Mrs. Agarwal’s Activities

As is relevant here, California law defines the term “real estate broker” as a person who does, or negotiates to do, any one of the enumerated activities for compensation. Cal. Bus. & Prof. Code sec. 10131 (West 2008). Similarly, California law also defines the term “real estate salesman” as a person who is employed by a broker and who does any one of the enumerated Cal. Bus. & Prof. Code sec. 10132 (West 2008). But activities. whether Mrs. Agarwal is characterized as a broker or a salesperson for State law purposes is irrelevant for Federal income tax purposes–the test is whether she was engaged in “brokerage” within the meaning of section 469, as defined supra. Consistent with her real estate salesman’s license and pursuant to her contract with the brokerage firm, Mrs. Agarwal was engaged in “brokerage”; i.e., she sold, exchanged, leased, or rented real property and solicited listings. Therefore, Mrs. Agarwal was engaged in a “brokerage” trade or business within the meaning of section 469(c)(7)(C).

In pertinent part, section 6662(a) and (b)(1) and (2) imposes an accuracy-related penalty equal to 20 percent of the underpayment that is attributable to: (1) Negligence or disregard of rules or regulations; or (2) a substantial understatement of income tax. 5 Section 6662(c) defines the term “negligence” to include “any failure to make a reasonable attempt to comply with the provisions of this title,” and the term “disregard” to include “any careless, reckless, or intentional disregard.” Negligence also includes any failure by the taxpayer to keep adequate books and records or to substantiate items properly. Sec. 1.6662-3(b)(1), Income Tax Regs.

Because petitioners concede that they are not entitled to certain deductions, see supra note 1, the Court finds that respondent has met his burden of production and that petitioners were negligent. Petitioners did not establish a defense for their noncompliance with the Code’s requirements. See sec. 6001 (requiring taxpayers to keep records sufficient to establish the amounts of the items required to be shown on their Federal income tax returns). Respondent’s determination is sustained.

To reflect the foregoing, Decision will be entered under Rule 155.

1   In a “Stipulation of Settled Issues” the parties agree that: (1) Petitioners are entitled to a net capital loss of $856

5 Because the Court finds that petitioners were negligent or disregarded rules or regulations, the Court need not discuss whether there is a substantial understatement of income tax. See sec. 6662(b); Fields v. Commissioner, T.C. Memo. 2008-207 [TC Memo 2008-207].

The post Real Estate Agents are Same as Brokers for “Real Estate Professional Rule” for Passive Losses first appeared on Advisors to the Ultra-Affluent – Groco.