Progressive Tax Plan to Gouge the Wealthy Is Gaining Momentum 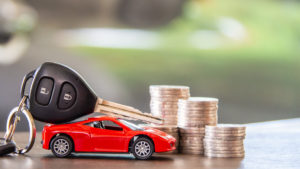 The progressive tax plan to gouge the wealthy is gaining momentum.  The call for taxing the rich to pay for essentially everything is growing among democratic leaders. Or as Trump campaign spokesman Daniel Bucheli put it, “Make no mistake: the only thing Democrats know about taxes is that they’ll raise them.” And according to the latest moves and statements from presidential candidates and other top democratic leaders, this statement appears to be true.

To be clear, not all of the 2020 democratic presidential candidates are pushing for a progressive tax plan. But many of them are and others are not far behind. So far, the leading contender for the White House, former vice president Joe Biden, does not see eye to eye with his top competitors, Bernie Sanders and Elizabeth Warren.

He does favor increasing taxes, but not to the level that Sanders and Warren hope to enact. For example, Warren has already proposed a wealth tax. And then, less than 10 days ago, Warren was back in the headlines, as she shard her plan to expand Social Security. And you might’ve already guessed how she plans to do this.

Warren wants to create two more taxes on wages and investment income for high earning Americans. She’s already gained a lot of attention for her proposed wealth tax on people who are worth more than $50 million. Now Warren wants to impose a 14.8 percent tax on individual wages exceeding $250,000, which would be split between employer and employee. Additionally, families who have an income of more than $400,000 would pay a new 14.8 percent tax on their investment income.

According to Warren, her Social Security plan “will literally lift millions of people out of poverty.” And she added, “And you know who is going to pay for it? The top 2 percent.”

And Warren isn’t alone in this progressive tax way of thinking. Bernie Sanders has long been in favor of a progressive tax that would take aim specifically at the country’s wealthiest individuals. But Warren and Sanders aren’t the only democrats in Washington preaching the progressive tax movement.

Leading Senator Adds His Own Plan

Recently, Senator Ron Wyden of Oregon, who is the leading Democrat on the Senate’s tax-writing committee, presented his plan aimed at preventing the wealthy from avoiding taxes on their investment income. Wyden’s plan is aimed at fixing issues with Social Security.

Under his proposal, capital gains would be taxed the same as ordinary income. That means the current top rate of 20 percent would jump to 37 percent. That’s a huge increase, especially for the wealthiest investors. But Wyden wouldn’t stop there. Under his plan, anyone who has earned more than $1 million in income or $10 million in assets three years in a row would be subject to new anti-deferral rules.

In other words, they would be required to pay taxes each year on investment gains from tradable assets. They would also have to pay a “lookback charge” on non-tradable assets, when they sell or transfer those investments.

The Election Results Will be the Key

Of course, the results of next year’s election will play a huge role in how this all plays out. But as it looks now, if the democrats gain control of the White house and/or the Senate, the wealthy better be ready for some big changes.

We hope you found this article about “Progressive Tax Plan to Gouge the Wealthy Is Gaining Momentum” helpful.  If you have questions or need expert tax or family office advice that’s refreshingly objective (we never sell investments), please contact us or visit our Family office page  or our website at www.GROCO.com.  Unfortunately, we no longer give advice to other tax professionals gratis.