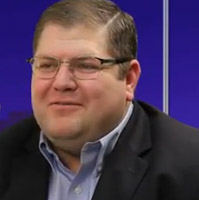 Justin Hyde is a founding partner and president of the The Hyde-Norton Group an award winning strategic planning and risk management firm. He also manages his firms partnership interests in multiple auto dealerships, health clubs, resort, ranch, and hotel properties, as well as mobile and bio technologies. Recently The Hyde-Norton Group purchased interest in the Utah Blaze a professional arena football team. Justin also founded the Annual Rocky Mountain Economic Summit & Retreat. The event is hosted every year in Jackson Hole, Wyoming and features many of the world’s foremost experts on world and US economies. The event is covered live by Bloomberg T.V., CNBC, and Reuters. Attendance is by private invitation only.

Justin is very active in the community both in charity, civic and church organizations. He sits on the Board of Trustees for the Columbus Community Center, a foundation created in 1968 that serves individuals with disabilities within the local community of Salt Lake and its surrounding cities. He also sits on the board of the Global Interdependence Center, a Philadelphia based nonprofit organization with global reach, founded in 1976. It’s mission is to encourage the expansion of global dialogue and free trade in order to improve cooperation and understanding among nations, with the goal of reducing international conflicts and improving worldwide living standards. He recently formed the Bronze Buffalo Foundation and is chairman of the board. Justin currently serves on Mitt Romney’s Finance Team as the Wyoming State Finance Chair. He also enjoys being a leader in the Boy Scouts.

Recently he was selected as one of Utah Business Magazine’s 40 under 40 picks for 2012, a highly selective annual recognition program.

Justin is married to his beautiful wife Stefanie and has one son named Bentley. Justin and his family reside in Holladay, Utah.