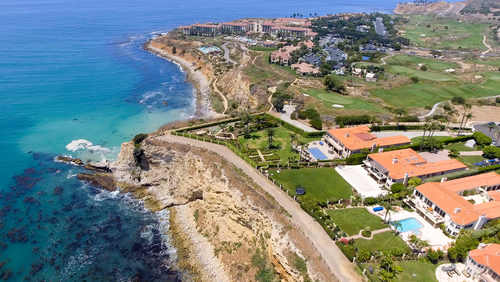 How are New York City schoolteachers and the owners of lavish apartments in the city connected? Give up? It has to do with taxes. It’s a well-known fact that many of the world’s wealthiest people own property in New York City, including apartment homes in some of the city’s most luxurious and lavish buildings. It’s also a fact that many of these millionaires and billionaires are not permanent residents of New York and in fact spend only a small portion of their time occupying these apartment homes.

Going After the Ultra Wealthy

Of course, there is no crime in having extra homes in different locations across the world. In fact, it’s commonplace amongst the world richest people. However, it appears that at least in New York City, there are some who think that the owners of these luxurious apartments should being paying more for the privilege of owning these homes, especially since they are already taking advantage of several real estate tax breaks. Among those who feel that way is the New York City teacher’s union.

That’s right, the United Federation of Teachers sees these non-resident apartment owners as a good target to find additional tax revenue for schools and students. The union wants to give these absentee apartment owners an ultimatum: either pay the city income tax or pay taxes on the real market value of their homes. According to the union, several incentive programs are outdated, which means these non-resident owners are paying extremely low real-estate taxes.

According to the head of that union, the tax breaks available to apartment owners on cooperative apartments and condominiums should not be offered to non-resident owners. Taking those tax breaks away would add somewhere in the neighborhood of about $900 million a year more to help pay for early schooling, which is often more intense. With that kind of extra cash, schools could reduce their class sizes for those early education years.

The teachers’ union isn’t the only one calling for change. The mayor of New York City is reportedly looking into yet another proposal that would benefit schools. His plan would raise taxes on apartments worth more than $5 million that are owned by non-residents. The mayor claims that many wealthy foreigners have purchased these apartment buildings solely as investments and not as homes. However, they are still receiving all the tax break benefits as though they were homes.

Of course, as with almost every tax increase proposal, this possible increase has been met with some opposition from those who feel it would damage the real estate industry. According to the Real Estate Board of New York, if these proposals are enacted they could severely damage the city’s overall business economy, especially real estate. That’s because the tax hikes could scare away investors who buy these lavish apartments and who are responsible for backing a business that helps support at least 500,000 jobs and creates about 40 percent of the total revenue in the five boroughs.

As with all tax proposals it appears that this has both pros and cons. It will be interesting to see how it plays out and what affect it has on those who own these apartments and others who may be considering buying them.