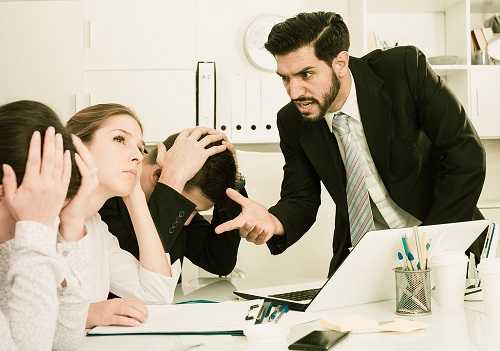 According to some reports, 100 million members of frequent-flyer programs are holding at least 3.5 trillion in unused miles. Frequent travelers track their memberships and miles carefully, first to determine what plan (or plans) seems most advantageous for them to join and then to schedule their travel in ways to take maximum advantage of what they’ve earned.

But people who have racked up significant miles often don’t manage them in a way that they do their other financial assets, failing to make certain that their frequent-flyer miles continue to provide a benefit in the event of unforeseen circumstances.

Knowing what they’re worth

Placing a value on one’s miles isn’t simple, but it’s important, because it reveals how much the asset is worth and, therefore, the extent to which the miles should be managed.

The old rule that a frequent-flyer mile is worth two cents traces back to the time when the average price of a round-trip domestic coach ticket was about $500. Thus, a 25,000-mile award translated, on average, to a per mile value of two cents. The rise of discount airlines and the falloff in demand for travel since 9/11 has driven the average airfare down and, similarly, the value of a mile. However, applied judiciously, the two-cents-a-mile figure is not a bad rule of thumb.

Another common way to value miles is to figure that a mile is worth whatever it can be exchanged for. In other words, the price of a restricted domestic ticket (generally, a 14-day advance purchase ticket with a Saturday stay over) is divided by 25,000 miles, the amount usually needed for a restricted, free coach ticket. If, for example, a restricted round-trip ticket costs $335, the mileage value is 1.3 cents. Figuring value this way leads many professionals to suggest that miles should not be used for a ticket that costs less than $350.

But a frequent-flyer program often is not just about the flight itself. Members often are eligible for perks, which for travel regulars can be attractive, value-added features—special check-in privileges, private lounge facilities prior to boarding and extended checkout hours at hotels, to name a few.

It’s no secret that the top airlines continue to suffer huge losses. Several major airlines narrowly have escaped filing for Chapter 11 protection in recent months. Others have not been as lucky. And, although airlines that do file for bankruptcy pledge to continue “business as usual,” they are under no obligation to honor mileage owed to customers.

Travelers who are members of the frequent-flyer clubs of major airlines generally have some degree of protection. Most of these lines share their mileage accounts with other airlines, allowing their customers to transfer miles between partners.

Given the troubles in the industry, travelers with significant miles should keep a record of the airlines that will honor their miles. If not satisfied that they will be able to use their miles when they need to travel, taking steps to redeem their miles by scheduling a vacation sooner rather than later or upgrading their seating are obvious steps. When the plan allows, miles should be used for hotels or car rentals or redeemed for merchandise.

For a period of time, valuing miles looked as if it were going to be important from a tax standpoint. The IRS long debated whether the receipt of miles represented reportable, taxable income. Given the complications in implementing a rule that required inclusion of the value of miles in one’s income, in 2002 the IRS announced that it would not pursue the issue. For now, the value of frequent-flyer miles is not taxable, and any new rule that might be imposed at a later date will be imposed prospectively, not retroactively.

The vast majority of people do not consider frequent-flyer miles when going through the process of a divorce, or consider them an asset that can be bequeathed in their wills. But perhaps they should.

Generally, courts treat miles earned during a marriage as they do other marital assets and divide them between the spouses. (If a spouse earned his or her miles as a result of business travel for a company that insists that employees use the miles for future work-related travel, that spouse will be entitled to keep the miles.) A value-related issue can
arise, however, if the airline refuses to allow a transfer of miles between individuals. In that case, the couple will need to assign a value to the miles and agree on a cash settlement.

What happens when someone dies with a significant amount of accumulated miles? A recent column by Rudy Maxa at ABCNews.com points out that airline newsletters and advertising are quiet on the subject. And how likely is it that the question of the bequest of one’s miles will enter an estate planning discussion? As a result, miles are left unused and expire.

As might be expected, airlines do have rules regarding leaving miles in one’s will, and, of course, they differ from airline to airline. Some impose a fee for the transfer. Some do not. Some require that the miles be referenced specifically in the will. Others don’t. Most require documentation—a copy of the death certificate and the will. Some even ask for a copy of a marriage license or birth certificate for a spouse or child who is to receive the bequest of the miles.

In either instance—divorce or will—it is likely that the frequent flyer will need to raise the subject of management of his or her travel miles with his or her attorney. Very often, it’s an asset that flies under the radar.

The post Managing Your Frequent-Flyer Miles first appeared on Advisors to the Ultra-Affluent – Groco.