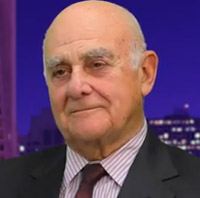 Dick Buxton was only 16 got when he took over his father’s struggling neon sign business in Long Beach and built it into a viable company. But, eventually, the business fell prey to events beyond his control. Local economic conditions and insufficient working capital led to radical downsizing and the sale of assets to pay demanding creditors. Facing a bleak future, the teenager looked to the military as a way to get a formal education and carve out a new career.

The GI Bill helped him work his way through college and land a management position with a major financial institution. Subsequently, with his star on the rise, he founded three financial planning organizations in Oregon and Northern California where he recruited, trained and mentored hundreds of estate, compensation, investment and financial planners.

With this background, in 1976, Dick co-founded Private Capital Corporation, and shortly thereafter, made a decision that would broaden his horizons. He decided to serve on an early ESOP company board with Lou Kelso, creator of the ESOP concept. The two hit it off and in 1978 PCC acquired the Kelso Company. The firm opened offices in five cities and in 1979 PCC formed Kelso Investment Associates, one of the nation’s first private equity groups.

Also in 1978, Dick realized a milestone by co-founding the ESOP Association of America. Later, PCC sold the Kelso subsidiary to better focus on other capabilities — perpetuation strategies, exit strategies and planning for private companies. In 1987 he co-founded MBR Investment Associates, another private equity group. In the decades to follow, PCC associates and affiliates have designed and installed over 1,000 ESOPs as part of succession plans and the company has remained one of the nation’s most experienced firms in this field.

In addition to numerous articles in professional journals, Dick has written two books: “You’ve Built a Successful Business: Now What? A Guide to Perpetuating Your Business” and “Lessons in Leadership & Life, Secrets of Eleven Wise Men.