Jordan Devey is an American football offensive guard who is a free agent. He played college football at Memphis. He was signed as an undrafted free agent with the Baltimore Ravens. Devey has also played for the New England Patriots, San Francisco 49ers, Kansas City Chiefs, and Oakland Raiders.

Alan Olsen: Hi, this is Alan Olsen and welcome to American Dreams. My guest today is Jordan. Devery. Jordan, welcome to today’s show.

Jordan Devey: Hey, thanks for having me Alan, I appreciate it.

Alan Olsen: So Jordan, you’ve had a remarkable career in the NFL, it seems that every team you touch was usually on their way to the championships. You’re in possession of a Super Bowl ring. And recently, you are making a career transition. But before we get to the transition, I want to roll back and I want you to kind of give me your story of how you got to where you are today and what led you into football. Then we will talk about the transition of the next phase of your life. So this start from the college-high school type timeframe.

Jordan Devey: Growing up, I played football in sixth, seventh and eighth grade. After eighth grade, I stopped playing. I joined the band in our high school. And I was a baseball player. And so I had a knee condition Osgood schlatters was actually fairly common. I think most kids have it, especially ones that are growing faster than everybody else. So I was a catcher in baseball. And I finished a game and my knees would just be swollen and hurt. Go to the doctor. And he kind of recommended to take it easy from football for a little while. I stopped playing football, my older brother was in the band and marching band. So I joined the band. Thought it would be fun to spend some time with him. And I ended up just doing band all throughout high school, and never went back to football until I was 21. So after I graduated high school, I went on my mission for my church for two years. And then when I came home, I kind of got the fever again, to play I had a bunch of friends and companions that I’d met while serving in Costa Rica. And there I was 6′-7” probably about 250 pounds at the time. And the common phrase was, Man, why aren’t you playing football somewhere? What are you doing? Why are you not playing football? When I came home I found a school at Snow college that would let me basically just come on and try out and see if they liked me. I remember making the call. There was a coach there. His name was Mike King. And I called him right after I got home from Central America. And I said, Hey, I’m trying to play football. Two years since I played is like, well, how many years? Well, it was probably eighth grade is like yeah, I don’t know. Probably not. But like how big are you? And at that time I was six, seven to 50 is like really? What did you come down here and meet with us today, tomorrow, whenever you want, but ended up in the drive down there. Anyway, well what position would you be in the play? And I said, well what position do you need? And they said well offensive lineman. I said Sure! I’ll do that. And then the rest is kind of history. I walked on it Snow, ended up getting on scholarship, my first fall there and started every game. My two years that I was there. My career I started some offers from some schools. I ended up signing with the University of Memphis and played two years, the University of Memphis started every game there. Drafted I actually signed with Baltimore as an undrafted, free. They let me go right into training camp and I was picked up by the New England Patriots.

Alan Olsen: So Jordan, you’re the Osgood schlatter disease. I actually had that myself, my sophomore year. One of the most painful things felonies, you’re trying to find solutions for it and it’s good. It’s good to know that I’d met a fellow alumni.

Jordan Devey: Yeah, I feel like it’s pretty common. The more and more people that I’ve talked to everyone has different experiences with it. I know I didn’t stop growing until I was 21. Like I grew another two inches from the ages of 19 to 21. So I mean, everyone’s different. I feel like I had mine for a long time.

Alan Olsen: You went through high school in band. I just curious what instrument and band?

Jordan Devey: So I was a brass player. I started out with the trombone and then I ended up on tuba for the last four years of high school.

Alan Olsen: Now starting Football at 21 After serving a two year mission? Was it easy? Or did you feel you had extra work in front of you?

Jordan Devey: It was very challenging. I remember, after one practice, one of the coaches just kind of pulled me aside and he knew that I was trying out and he just asked me a football question. And he was like, what would you do this play versus this defense. And I just remember looking at him with a blank face and just feeling completely embarrassed. I know what the play is. But that defense does not ring a bell. And I was like, honestly, I don’t know. I’m still learning this. And he said, Well, you just got back from Costa Rica. Right? And I was like, Yeah. And he’s like, You just learned Spanish, right? And I said, yeah, he’s like, all right. Well, right now football is a foreign language to you. So whatever you did to learn Spanish, just apply that to football. And then it kind of clicked for me like, oh, yeah it is just that easy. Obviously, it’s a lot of hard work. But I had just applied those same principles, and was able to pick it up pretty fast.

Alan Olsen: So fast forwarding as Snow College, then you Memphis and then the pros. Your transition from college to the pros. What was it like your first practice with the pro players?

Jordan Devey: Well, I can’t remember. Just the speed of everything had changed. And it was just much, much faster. And you know, in college, there is some teams where they have a few studs, there’s a lot of teams, you know that it’s like, every player could go out and play in the NFL. In college, you only face like one or two guys, maybe every few weeks that you are like, Wow, this guy’s like NFL caliber. But then when you get to the NFL, it’s like every guy is their team’s stud. And, it is just so fast. And just the level of expectations and level of performance. Like it is just everything is much higher, and much faster. It was kind of a whirlwind. And you kind of just feel like you’re holding on for dear life.

Alan Olsen: You ended up, was it the first season you took the ring, a Super Bowl ring?

Jordan Devey: It was my second year in the NFL with New England. My first year we lost an NFC Championship, I think to Denver, it was.

Alan Olsen: So that must be that must feel pretty good. That ring well deserved.

Jordan Devey: Yeah, it was! It was a pretty remarkable year, my wife, we found out she was pregnant earlier on in the year I ended up getting a lot of playing time that year, we had a really good offensive line group, which makes or breaks a team, I believe. So we had a real good group of support. But then, you know, going to the Super Bowl, my wife was, I think 35 weeks pregnant at the time. So to win a Super Bowl, and then three weeks later, the birth of my son; it was just, I couldn’t ask for a better year.

Alan Olsen: So Jordan there is a lot of the young and upcoming players and young playing in in school, high school these days, they look up to the pro players, what advice would you have for them?

Jordan Devey: There is a lot that I would say to them. From my experience, I had set goals and each goal was a little bit smaller, and then like kind of building up to it. When I first got to Snow, it was like I am going to work as hard as I can and get the school paid for. And then once I got that scholarship, I was like alright, well now the next goal is to get, to a four year university that education paid for. And then once I had that it was just kind of like, keep working, setting goals and holding yourself accountable. And throughout my career, it was just kind of, you know, I tried to work harder than those around me. I tried to keep my nose clean, stay out of trouble, especially nowadays, no team wants, the headline players that, as soon as the offseason starts, they’re getting in trouble with the law or they are doing this and that like to just not be a burden to a team as a huge asset.

Alan Olsen: So you eat after eight years in the NFL, you’re now transitioning, what do you have your sights set on for the next phase of life? And I realize it may be still in the works.

Jordan Devey: I mean it is still I think very fluid. I was fortunate like I said to have my schooling paid for and so I made sure to take advantage of that. I ended up because my last semester ended I was training for an all star game and the Combine and then Pro Day I ended up using the NFL to help pay for my last semester of college. And so even though my last, my last season for the University of Memphis is 2012, I was able to graduate with my degree in accounting, I think in 2016. So I take one class every offseason to make sure that I got it. Now, it’s kind of just trying to use that degree in accounting use my mind more than my body for the next few years. Starting up a tax firm, my father in law, is CPA and, and he has been running a firm down in Texas for the last, 30 or 40 years and so hopefully help him for a few years and then help him transition into retirement and take over his gig. And then the rest is just kind of up for anything kind of seeing which door opens for me.

Alan Olsen: Sounds like a lot of fun. I appreciate you being with us today, Jordan.

Jordan Devey: No, I appreciate you having me!

Alan Olsen: And best wishes to you in the next phase of life. I’ve been busy here today with Jordan Devey former NFL player now transitioning out into the world of accounting and beyond. Thanks for being with us today. 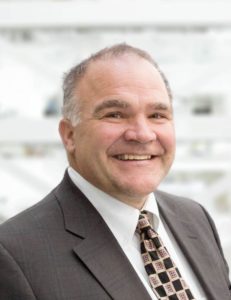