Is Bitcoin Ready for Another Surge?

March 14, 2018 / Bill Evans / Comments Off on Is Bitcoin Ready for Another Surge?
https://groco.com/blog/is-bitcoin-ready-for-another-surge/ 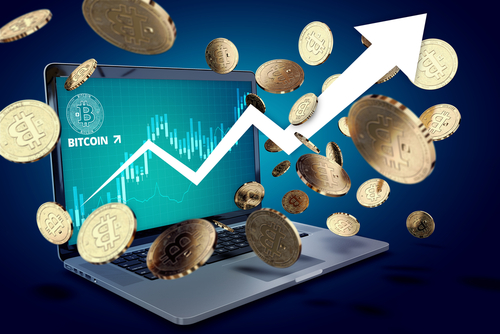 If you’re lucky enough to own a stake in the cryptocurrency Bitcoin, then you’re already aware of it’s extreme volatility. The ultra popular digital currency has experienced massive jumps and slides during the last year, which have seen it reach as high as $19,783 back in December, only to see it tumble all the way back down to less than $10,000 a few weeks later.At the time of this writing it stood at $9,739, essentially $10,000 less than it’s high mark.  Of course, it could be much or lower at this very moment, depending on when you read this story. That’s the nature of Bitcoin.

Despite the rough and tumble ride, however, most Bitcoin owners are staying the course and holding on tightly to the most popular cryptocurrency in the market.

So what does the future hold for Bitcoin?

That depends on whom you ask, but according to one prominent analyst, the digital currency is set to see another huge surge by the time summer arrives.

Tom Lee, managing partner and head of research at Fundstrat Global Advisors, sees big gains for Bitcoin, including record highs ($20,000) by July of this year.  Lee also believes the cryptocurrency will hit $25,000 by the end of the year. And when it comes to the long-term forecast, Lee sees Bitcion reaching as much as $125,000 by 2022. That’s based on his model for valuing the most popular cryptocurrency.

The post Is Bitcoin Ready for Another Surge? first appeared on Advisors to the Ultra-Affluent – Groco.