IRS Makes It Difficult to Use “Separate Share” Trusts

IRS Makes It Difficult to Use “Separate Share” Trusts

These IRS rulings, which interpret the final regulations–Sec. 401(a)(9)–make it difficult to get a stretch out of IRA benefits.

Why a Trust as Beneficiary? 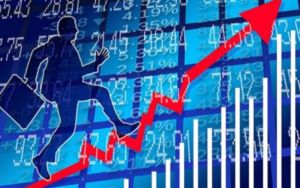 Before delving into this particular problem. consider why someone may name a trust as an IRA beneficiary.

A trust is normally named because the IRA owner has some reason for preventing his heirs from receiving the payments directly. A “conduit trust” is a good choice for someone who wants to ensure that his or her beneficiaries do not withdraw the IRA benefits more rapidly than the minimum required distribution (MRD) rules require.

A conduit trust does not accumulate any income; each year’s MRD is distributed to the beneficiary.

A qualified terminable interest property (QTIP) trust may be named as a beneficiary when time grantor wants to control the ultimate beneficiary of the retirement benefits. The QTIP trust is often used in a second marriage situation, but this trust also is chosen by an IRA owner who is concerned about the spouse’s ability to manage the funds or the likelihood that the spouse will remarry and leave the benefits elsewhere.

A QTIP trust often will pay out the MRD to the beneficiary to reduce both income and estate taxes.

With increased estate Lax exemptions, the retirement assets may be needed to fully fund a Bypass Trust. This is another reason for using a trust as the IRA beneficiary.

Since the IRA is a wasting asset that involves the payment of extremely high-income taxes, it is not the best choice for Bypass Trust funding. However, it is sometimes necessary because no other assets are available.

One point to be aware of with your single clients who have named trust is the trust’s termination date.

Often the trust is scheduled to terminate at the grantor’s death. This could cause an acceleration of IRA benefits rather than the desired “stretch.” Single clients with adult children as beneficiaries may be better off naming them directly.

Can You See Through the Trust?

MRDs are paid out over the life expectancy (as determined by the IRS tables) of the beneficiary. A trust is treated as having a life expectancy if it is considered a “see-through” trust. A see-through trust must meet these four requirements:

There is a short window of opportunity for trusts that did not qualify because they had not furnished the documentation on a timely basis. Trustees of those trusts have until Oct. 31, 2003, to submit the documentation.

The MRDs for a “see-through” trust are paid out over the life expectancy of the oldest beneficiary. This is the problem that came out with the rulings mentioned at the start of this article.

The proposed regulations that were issued in January 2001 allowed a trust that was split by its terms to use the separate life expectancy of each sub-trust beneficiary. The final regulations do not contain such a provision and the rulings make it clear that this was not an accidental oversight.

The actual trust agreements need not be furnished to the custodian until after the IRA owner’s death.

Creating separate trusts, as separate entities would not have been required under the 2001 proposed regulations. These designations and the actual trust agreements can be changed at any time before the death of the IRA owner.

The trusts designated as beneficiaries also generally allow the IRA to be split so that a separate IRA is payable to each trust. This step has been approved in the private letter rulings issued to date. This provides some help if one beneficiary wants to take benefits out faster than the table suggests but doesn’t help at all if a “stretch out” is desired.

What should you recommend for your clients based on these developments? This depends on what your client needs.

If the biggest concern is wasting part of the estate tax exemption, the spouse can be named as the beneficiary with the family trust as the contingent beneficiary.

If the spouse disclaims a fraction of the IRA to fully fund the Bypass trust, the spouse’s life expectancy is likely to be used for MRDs.

If the concern is to provide a lifetime income for the surviving spouse with the balance to the children of the owner’s first marriage, a QTIP trust can be named as the beneficiary.

If the owner intends to benefit children but wants to prevent them from withdrawing the funds faster than the MRD, a conduit trust could be named as a beneficiary. This also may be a solution when a minor child is the intended beneficiary.

Without a trust, the beneficiary designation for a minor also should appoint a custodian for the minor under the Uniform Transfers to Minors Act.

Life Expectancies According to the IRS

When the IRS issued proposed regulations in 2001, the preamble stated that the life expectancy tables, which had been in place since 1987, did not need updating. However, Congress passed a law five months later directing the IRS to change the tables.

The current tables are found in the MRD regulations. For the most part, lives have increased by about one year from the 1987 version. The single life expectancy for a 70-year-old is now 17.0 (it was 16.0 under the old tables). If someone is 111, the table says they have a 1.0-year life expectancy. The prior version was a .9-year remaining life.

The IRS has the ability to update the tables again. Will it take another act of Congress?

The post IRS Makes It Difficult to Use “Separate Share” Trusts first appeared on Advisors to the Ultra-Affluent – Groco.