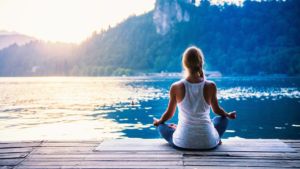 The IRS has been hunting for cheats for as long as people have been paying taxes. Whether it’s people adding extra dependents to save a few dollars on their returns, or the ultra-wealthy hiding money in secret offshore accounts, the IRS always wants to collect what it has coming to them. Of course, it’s those secret offshore accounts that they really go after, as they tend to be worth a whole lot more than a middle class family falsely claiming an extra dependent.

We Will Find You

Lately, the IRS has stepped up its game to crack down on overseas accounts belonging to the wealthy. Those efforts include taking aim at foreign financial institutes such as Credit Suisse, as well as others in Asia, the Caribbean and Israel. That’s in addition to the Foreign Account Tax Compliance ACT (FATCA), which recently went into effect. FATCA requires all foreign financial institutions to report any accounts belonging to Americans to the IRS. In other words, if someone is trying to cheat the system, the IRS will most likely find him or her, eventually.

It appears that the IRS’s efforts are gaining steam and producing results. Since 2009, more than 45,000 taxpayers have entered the IRS’s Offshore Voluntary Disclosure Program (OVDP). The OVDP requires those who participate to pay back taxes on eight years of income taxes, plus penalties and interest. In addition, they must also pay an additional FBAR penalty, which is typically equal to 27.5% of the highest balance of their offshore account over the previous eight years.

There is other evidence that the IRS is getting results. For example, in 2007, there were just over 280,000 people who checked the “Yes” box on their tax return on the line that asks: “Did you have a financial interest in or signature authority over a financial account (such as a bank account, securities account or brokerage account) located in a foreign county?” compare that to the numbers in 2011, when more than 580,000 people answered yes to that same question. One can only assume that the number has continued to grow since 2011.

So what do you do to make sure you’re in good standing with the IRS? Some have decided to turn the other way when it comes to past discretions and just start complying going forward. This can work, but there is always the risk that the IRS will take a look in the rearview mirror and discover noncompliant tax returns from the past. Other taxpayers have made amends by sending past tax returns along with a check, to the IRS.

Meantime, the IRS just introduced an option for streamlined filing compliance, which makes things much easier for those who have been noncompliant. However, the new streamlines approach does not guarantee a person will not be prosecuted if the IRS determines that his or hers non-compliance was willful.

There are many different roads one can travel when it comes to offshore accounts and the IRS. However, first and foremost, you want to be sure that you are compliant. At GROCO, we can help you do that. Contact us and we’ll help you move in the right direction with all of your tax planning needs.

The post If You Have A Secret Offshore Account, Beware first appeared on Advisors to the Ultra-Affluent – Groco.