How Will the New President Change Taxes for the Wealthy?

May 13, 2016 / Bill Evans / Comments Off on How Will the New President Change Taxes for the Wealthy?
https://groco.com/tax/how-will-the-new-president-change-taxes-for-the-wealthy/ 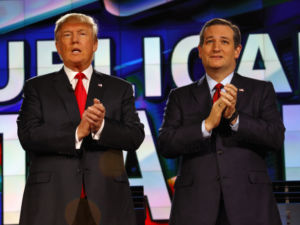 So which side are you on? Trump, Cruz, Clinton, Sanders, a write-in candidate, or are you still hoping for an optional third-party independent candidate? The fact is, when it comes to taxes, no matter which candidate you vote for, things will likely be changing for the nation’s wealthiest taxpayers in 2017. Whether or not you see those changes as positive or negative depends on which side you fall on.

The Tax Policy Center has released some interesting numbers that give a good picture of how the wealthy will be affected based on who is elected as our country’s next president. The general picture is that if a democrat candidate is chosen then the tax system would become more progressive and the wealthy would be hit harder. On the flip side, if a republican wins the nomination then revenue would be cut and the tax system would take on a more regressive approach.

Here is how the top candidates’ plans would affect the wealthy:

Whoever the country elects as its next commander in chief, the majority of taxpayers will be affected one way or another. If you count yourself among the nation’s wealthiest, then you will feel that change even more, for better or for worse.

The post How Will the New President Change Taxes for the Wealthy? first appeared on Advisors to the Ultra-Affluent – Groco.