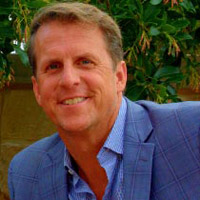 Previously, Carlson produced Amargosa (2000), which premiered at the 2000 Slamdance Film Festival. This feature-length documentary is about the life of eccentric ballet dancer/artist, Marta Becket and her opera house located in remote Death Valley Junction, California. The picture has garnered a multitude of “Best Documentary” and “Audience” awards on the film festival circuit.

Carlson also produced the critically acclaimed and award-winning feature documentary film, Wild Bill: Hollywood Maverick (1995), based on the life and times of legendary studio director William A. Wellman. This film features such Hollywood luminaries as Robert Redford, Clint Eastwood, Sidney Poitier, Martin Scorsese, Arthur Hiller and Gregory Peck. It was awarded “Best Documentary” by the National Board of Review. Wild Bill was nominated for a Cable Ace Award.

For more than four years, Carlson produced over 175 feature segments of America’s Most Wanted currently airing on The Fox Network. His credits run the gamut from producing, directing and writing film and video reenactments to on-camera reporting for the news department. Carlson has contributed to the capture of over forty-seven elusive criminals to date. Carlson has secured funding for several theatrical documentaries that are now in various stages of production and development including; Children Of The Underground Railroad, Third-World Orphans and Letters From Stalingrad.

Carlson is represented by International Creative Management, Inc. and is managed by Nine Yards Entertainment. He’s also a proud member of the Directors Guild of America, the International Documentary Association and the Next Generation Council of the Motion Picture & Television Fund.