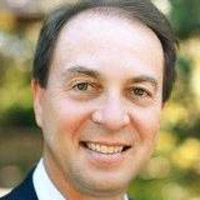 Lacob’s NBA and professional sports experience dates back over two decades, including a five-year tenure as a minority owner of the Boston Celtics, where he served on the basketball committee. He earned an NBA World Championship ring with the storied franchise before selling his minority stake and making an NBA record-setting bid to purchase his hometown NBA club – a longtime dream of the Atherton resident. Since purchasing the Warriors and assuming control of the team on November 12, 2010, Lacob has been the driving force behind many of the creative changes that have transpired with the organization, including several prominent personnel additions and an emphasis on transparency. This past summer, during his first full offseason as owner, he recruited two of the most experienced, successful and respected individuals in NBA circles to join the organization, landing NBA Hall of Famer and basketball icon Jerry West as an executive board member, and hiring longtime league and team executive Rick Welts as president and chief operating officer. Additionally, Lacob played a significant role in the hiring of Mark Jackson as head coach, as well as the hiring of successful sports agent Bob Myers as assistant general manager/vice president of basketball operations. In an effort to connect directly with the team’s fans and open the lines of communication, Lacob answers questions from fans via the Owners’ Box feature on the team’s website and frequently conducts in-studio interviews with local radio and TV outlets. In September, he spoke directly to nearly 3,000 of the team’s Season Ticket Holders at an exclusive event at Oracle Arena.

Lacob has been a partner of Menlo Park, California, based Kleiner Perkins Caufield & Byers since 1987. Though still an active partner in the firm, he has relinquished his managing partner role in order to pursue his lifelong goal of owning and operating an NBA team. In his role as a venture capitalist, he has led investments in over 50 start-up companies across multiple fields in life sciences and medical technologies, the internet and energy. Prior to joining Kleiner Perkins, Lacob was an executive with Cetus Corporation, FHP International, a health maintenance organization, and the management consulting firm of Booz, Allen & Hamilton.

Lacob received a Bachelor’s in Biological Sciences from the University of California-Irvine, a Master’s in Public Health (Epidemiology) from UCLA and an M.B.A. from the Stanford Graduate School of Business. He credits his master’s degree in Epidemiology (biostatistics) with providing him with a background in statistics that helped drive his passion for sports. It also played a role in his decision to invest in Sportsline – one of the first sports internet sites – and one of Lacob’s earliest sports success stories. He was also a primary investor and pioneer of the American Basketball League, a professional women’s basketball league that eventually lost out to the WNBA. Lacob also was and continues as one of the original partners in the Pebble Beach Company, an effort formed to bring the historic Pebble Beach resort and golf course back to long term American ownership. Additionally, Lacob has been involved with Stanford basketball for over 25 years and is a fixture in his courtside seats at Maples Pavilion. Lacob currently serves on the Board of Directors of one public company, Align Technology, as well as several other privately-held companies, including Autonomic Technologies, NeuroPace, Therox, SunDrop Fuels and TransMedics.

In recent years, Lacob has been involved in industry organizations including the American Heart Association and the AHA Roundtable. He has also been very active at Stanford University, serving on advisory boards at the Medical Center, Business School and Athletic Department. Lacob’s philanthropic interests focus on education, both in the community and with universities. He has also provided scholarships to a number of high potential academic and athletic high school and college students in need.

An avid golfer, Joe has been a longtime participant in the AT&T National Pro-Am at Pebble Beach. He has played in a regular pick-up basketball game, and still does, at least twice weekly for over 30 years at Stanford and occasionally joins Warriors employees in pick-up games at the team’s facility. Most importantly for Warriors’ fans, Lacob has been a passionate fan of the Bay Area club that he now owns – supporting his local franchise as a loyal and dedicated Season Ticket Holder since 1998.