Recently, it was reported; the Fed lowers interest rate, still undecided on future cuts.  Amid much disagreement and uncertainty, the Federal Reserve lowered the national lending interest rate to a target range of 1.75 percent to 2 percent last week. Although the move was highly anticipated, it didn’t come without criticism from both sides of the issue. Additionally, the Reserve gave little indication as to its plan for future reductions later this year. The quarter-point drop in the federal interest rate comes just two months after the Federal Open Market Committee made its first cut in 11 years.

There were plenty of reactions, including from the stock market. All the top U.S. stock exchanges took hit downward after the Fed announced its decision. The Fed also cut the interest it pays on excess reserves by 30 basis points. They made the decision in hopes of keeping the funds rate within its target range of 1.75-2 percent.

Not a Unified Decision

There appears to be much division among the individual policymakers regarding further cuts this year. Three Fed regional presidents voted against it. Even this current cut came with much disagreement. According to the Fed’s “dot plot” of individual expectations, five members of the committee felt the Fed should have held its previous range of 2 percent to 2.25 percent. Five other committee members approved the 25 basis point cut. But they also want to keep the current rates at the same figure for the remainder of the year. The other seven members favor at least one additional cut at some point this year.

Not Giving Much Away

But the committee didn’t really shed much light on what it ultimately plans to do down the road. According to the policy statement, there wasn’t much else to help predict the future. The committee gave the same reason for the cut as it did in July saying “the implications of global developments for the economic outlook as well as muted inflation pressures” were the primary reasons behind the cut.

Among those who were unhappy with the Fed’s decision was President Trump. Trump called the policymakers, “boneheads” for not cutting rates even further. Trump said the committee chairman and his associates have “no guts.” According to the president, the fed is taking a big risk with the country’s ability to compete globally. He said by keeping rates much higher than most of the rest of the developed world, the U.S. will have a harder time competing.

The Fed’s decision to make cuts now comes at a critical time in the country’s economy, as well. There were recession concerns during the summer, as the trade war between China and the U.S. heated up. But the committee felt that things had stabilized recently. And Fed Chairman Jerome Powell said these cut was not part of a more aggressive strategy to drive rates lower. Instead, he said the cuts were more of a “mid-cycle adjustment.” 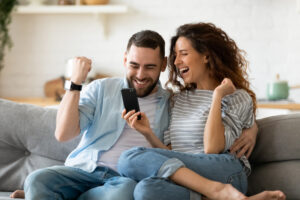 We hope you found this article about “Fed Lowers Interest Rate, Still Undecided on Future Cuts” helpful.  If you have questions or need expert tax or family office advice that’s refreshingly objective (we never sell investments), please contact us or visit our Family office page  or our website at www.GROCO.com.  Unfortunately, we no longer give advice to other tax professionals gratis.