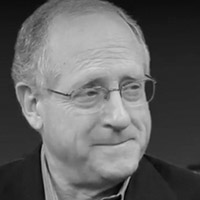 Serving in his fourth term in the U.S. House of Representatives, Congressman Mike Conaway has earned the reputation as “a voice of reason” in Washington. Mike represents the 11th Congressional District of Texas consisting of 36 counties in Central and West Texas including Midland, Odessa and San Angelo.

Mike’s background as a CPA has given him the credibility to be a vocal proponent in reducing the national debt. Mike believes it is time for Congress to make “tough choices” and has authored “No New Programs” legislation to change the House rules on spending to require that the creation of any new federal program be joined with the elimination of an existing federal program of equal or greater cost. Mike has also advocated for a simpler and fairer tax system in Congress and has sponsored legislation that would bring more accountability in government funding. Mike demonstrated leadership in numerous policy areas and currently serves as a Deputy Republican Whip in the 112th Congress.

Mike currently serves on the House Agriculture, Intelligence, Armed Services, and Ethics Committees. As a member of the Intelligence and Armed Services Committees, he supports the goals of the Global War against Islamic Jihadist and our young men and women in the armed forces. He understands the sacrifices that are being made by our troops and their families.

On the Agriculture Committee, Mike serves as Subcommittee Chairman of the General Farm Commodities and Risk Management, working to protect the interests of rural America and the American farmer.

A native Texan, Mike grew up in Odessa and graduated from Odessa Permian High School in 1966 after playing on Permian’s first state championship football team. He earned a BBA degree in Accounting from Texas A & M University-Commerce in 1970. After serving in the Army at Fort Hood, Mike resumed his career with Price Waterhouse & Co. he returned to the Permian Basin with Price Waterhouse and settled in Midland where he later worked with George W. Bush as the Chief Financial Officer for Bush Exploration. Mike developed a lasting friendship with President Bush as together they learned what it takes to run a business. An ordained deacon in the Baptist Church, Mike and Suzanne have four children and seven grandchildren.