Looking to get some extra cash from the boss? Forget logging long hours, brokering that big deal or sucking up at the company holiday party.

Employers have begun dangling big incentives, such as cash bonuses and paid days off, to encourage workers to lose weight. Clarkston-based Freedom One Financial Corp. is even handing out all-expenses-paid tropical vacations to employees who meet corporate weight loss incentive programs.

Pound-shedding payoffs are becoming more common as employers weighed down by soaring health care costs become increasingly preoccupied with slimming down their workforce.

“It’s actually selfish. When somebody feels good, they’re healthy, they work harder and they’re more focused,” Mark Wayne, president, and CEO of Freedom One Financial Corp. said while standing among iron-pumping employees working out at the company gym. 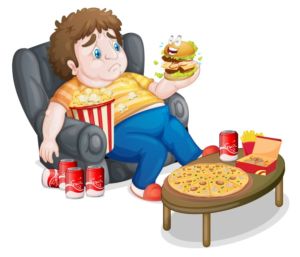 Obesity costs American companies $56 billion in lost productivity caused by disability, illness, and death, according to the Centers for Disease Control and Prevention. Considering the high toll, some employers are more than willing to pay for a healthier crew.

For those who do, the reward often is more than a cheaper health care bill. Employees in workplace company weight loss programs incentives in the workplace programs tend to be more focused, cooperative and energetic, experts and employers involved in such programs say.

And for workers who have tried every fad diet and miracle pill to no avail, the peer pressure and camaraderie of workplace weight-loss initiatives can be major motivators.

A 2003 study by the University of Glasgow in Scotland, one of the few done on the issue, found that more than half the participants in a 24-week weight-loss program at an oil refinery lost 5 percent of their original weight, and two-thirds were able to keep it off.

The concept is straightforward, but employers should keep a few things in mind, experts say.

Weight is a sensitive issue, so programs should be sure to encourage progress, not punish the overweight. In Michigan, it’s illegal to discriminate on the basis of weight.

It’s also important to encourage overall healthy living and wellness, not just pounds lost. Programs that focus on one health aspect won’t have a significant impact on overall health care costs, said A. Mark Fendrick, co-director of the University of Michigan’s Center for Value-Based Insurance Design.

“They’re better than nothing, but those programs don’t work well,” he said.

In the case of Financial One, nearly half of its 75 employees signed up for a weight loss challenge that runs through January.

It’s the third such competition in about two years. The result has been hundreds of pounds lost by workers and a staff that’s more focused and able to work together, Wayne said.

His crew is so healthy, he’s considering scrapping the company’s health coverage and paying employee health costs directly with a self-funded plan.

In the Financial One challenge, anyone who meets one of three goals will win a free trip.

To win, employees must shed 25 pounds, lose 15 percent of their body weight or reduce their body fat by 15 percent. They’re helped by a new gym, in-house training and an overall healthy atmosphere that includes fruit bowls in place of candy dishes and vending machines stocked with protein bars and health drinks.

A few employees are within mere pounds of the goal; only a handful has dropped out.

On one evening after work, about a dozen employees worked out in the company gym, comparing notes on their progress and needling each other.

“Before this, I was working out hit or miss,” said Ken Krausman, 40, of Clarkston. “Now, I’m doing it at least six times a week.”

Krausman has lost 18 pounds in 18 months. He’s going for the body fat goal this time around. “I feel much better,” he said. “I have more energy and more confidence, and I don’t put anything in my mouth without thinking about it first.”

Companies take a variety of approaches to employee weight loss. Some roll out multifaceted wellness programs that help workers meet a variety of goals, such as getting regular checkups, exercising and eating healthy. Others allow workers to team up to lose weight as a group.

The Miller, Canfield, Paddock, and Stone law firm, with nine locations statewide, gives out incentives for meeting fitness goals that vary by office. New Jersey-based Quest Diagnostics, with a laboratory in Auburn Hills, recently won an award from the National Business Group on Health for its wellness efforts, which also include incentives for weight loss.

And Blue Cross Blue Shield of Michigan recently wrapped up a contest called “Dump the Plump,” which netted more than 3,600 in lost pounds among 530 employees.

Blues employees teamed up in groups of four to 10, assigning themselves names such as the “Lost and Pounders,” “Downsizing Divas” and “Gutless Wonders.” Even employees who didn’t need to lose weight signed on, often to help encourage co-workers during the 10-week competition. The $2,500 prize, drawn from employee entry fees, was split among the six winning teams.

On one team, members handed out a rock engraved with an inspirational quote to the top achievers of the week.

“We took it very seriously,” said Blues underwriter Cliff Englehart, 36, of Westland. “We still talk about those 10 weeks, and we talk about the rock.”

The post Employers Offer Incentives for Weight Loss first appeared on Advisors to the Ultra-Affluent – Groco.