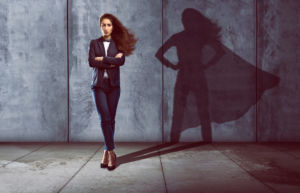 As more employers require employees to take greater financial responsibility for their own health care as part of the consumerism movement, some employers are going even further, tying employees’ premium contributions to their participation in health risk appraisals and, in some cases, to improvements in health status.

But while most health benefits experts embrace the concept, some are concerned that employers that place such demands on their employees may be encroaching on employee’s rights.

At a time when most employers are still seeing double-digit increases in employee health care costs, Westell Technologies Inc., an 800-employee telecommunications and teleconferencing company in Aurora, Ill., slashed the cost of its self-insured health plan by 27% using a comprehensive health screening program that included premium surcharges.

“It’s voluntary. However, we do offer an incentive for anyone who does participate,” said Gary Hansen, vp of human resources at Westell. “The cost of their employee insurance does not go up. Then we freeze the cost for a year. If a person chooses not to take the test, then their cost is $10 more a paycheck.”

“We baseline people; we give them education tools, help counsel them to improve their health, we establish accountability and the expectation is that their health score improves the next year. And their score is solely based on medically derived biomarkers or metrics. It’s all in the blood,” Mr. Hodgdon said.

While employees do answer a questionnaire, the responses are compared against the blood test findings to separate perception from reality.

For example, based on a study of 12,000 randomly selected questionnaires and screenings, 42% of people who said they didn’t smoke tested positive for nicotine. In addition, 33% of those who perceived their health to be good had three or more clinical risk factors, according to Mr. Hodgdon.

All employees who take both the health risk assessment and the biometric test receive a confidential report that contains at least 25 pages of findings, as well as a score that is similar to an academic grade, with 100 points considered a perfect score and 70 an average score. Once employees have their score, they are expected to improve it by at least 5% each year to qualify for additional financial incentives.

“The recipe that’s getting the most substantial outcomes is where the first year is the freebie, but the next year there has to be verified improvement in your health score,” Mr. Hodgdon said. “The way it’s promoted is that you’re going to get a discount if you do it. That translates into a penalty if you don’t.”

Employers usually achieve about 80% participation by charging between $30 and $50 per month for individuals, and somewhere between $75 and $100 for family coverage.

“You’ve got to make it meaningful,” he said.

“From what it appears Health IQ is doing, (it) is a step in a right direction,” said Ryan Kennedy, chief executive officer of San Jose, Calif.-based Liberty Benefit Insurance Services. “If you do just the health risk questionnaire or assessments, a lot of people know what the right answers are, so very often that is not going to give you the total picture. If you couple some form of blood work with it, you get a more accurate picture.”

But he questioned the fairness of penalizing individuals who did not make significant improvements in their health status.

“Most good programs have a financial incentive for participation, not `did you actually change your health,’ because several things could come up. One is the privacy issue. How are you going to report back that John Doe has a condition?” Mr. Kennedy said. There also could be allegations of age discrimination because people who are 55 are going to have lower scores than those who are 25, he added.

“No doubt, there’s a massive correlation…incentive-however you go about doing it-and outcome. You do need to provide the carrot and stick approach. The question is, which carrots and which sticks?” he asked.

To prevent the possibility that its employees might find the blood testing component of the program an invasion of their privacy, Kenosha, Wis.-based Snap-on Inc. gave employees the option of taking the health risk assessment program alone, or in conjunction with the blood test, according to Paul Prickett, director of corporate benefits.

“We had battled back and forth with the issue of confidentiality. We’re going to know who took the tests, because we need to know that because of the way we (encouraged) employees to participate. We gave them a credit in their payroll contributions,” Mr. Prickett said. “But we made it clear that we are not going to see individual results. We are only going to get aggregate results.”

But arming employees with information is just the first step in a comprehensive wellness program, Mr. Kennedy said.

“It’s important that you know there’s a problem. Now what are you going to do to fix the problem is a much bigger issue,” he said.

There should also be health coaching after an employee receives his or her test results, Mr. Kennedy said.

But Mr. Hodgdon insists that it takes the jolt of receiving results from a health screening to get some people into wellness programs, regardless of what the programs may have to offer.

“There’s a lot of really good programs out there, but what we’ve found is everybody is challenged to get people to use them,” he said. “We’re able to drive people. We see ourselves as kind of a fuel additive. We’re not gasoline that’s going to make the engine run. But we’re going to make everything in the provider mix for that participant run better.”

As an example, Mr. Hodgdon pointed to the redistribution of risk that occurred within Westell’s employee population when its employees started taking better care of their health.

“It’s like everything else. You could have the best tool set, (but) it’s what you do with it. Westell has done a tremendous job of communicating the program to their employees. They presented this as a fiscal strategy,” Mr. Hodgdon said.

Plexus Groupe Inc., a 40-employee benefits broker in Chicago, is using Health IQ’s program to encourage healthy employees to join a high-deductible consumer-driven health plan that costs 15% less than its preferred provider organization plan. After two years, in addition to driving most of the healthy workers into the lower-cost plan, the company kept premium increases in its PPO flat.

“Our employees understood it because of the business that we’re in. But we absolutely saw a change in people’s lifestyles when they got their scores,” said Mitchell Andrews, a partner at Plexus Groupe.

As an insurance broker, Plexus Groupe also is promoting the program to its employer clients.

“Employers need to take action. When employers cringe and say, `I don’t know if I can do it,’ I say `that’s OK. But let’s remember we’ve had this conversation when you see another premium increase next year.’ This is an option they have available that isn’t as onerous as cost-shifting. It also enhances productivity. Healthy people feel better and are more productive,” Mr. Andrews said.

“If employees are not able to be at work, they’re not productive, and we’ve got to backfill them. And there’s a huge cost to backfill them, especially if it’s an unplanned-for absence. That gets expensive,” said Mr. Prickett. “It’s a health cost component” as well as the costs of absenteeism and presenteeism

Snap-On also invited employees’ spouses to participate in the program, providing additional financial incentives if they took one or both tests, he said.

“We didn’t really approach it as being a `wellness’ program. We approached it as part of our health plan. The idea was, we want employees to be aware of their health situations. And because they can enroll dependent spouses, we wanted to open it up to the dependent spouses as well,” Mr. Prickett said.

The incentive ranged from $10 to $40 a month based on how many people participated and whether they took both the health risk assessment and the biometric test.

When the testing was conducted last fall, “we had forecasted we’d get 25% of participants to do it, but we ended up with more like 35% or 40%,” he said. Moreover, “very few people did just the health risk assessment.” As a result, “we had a huge walk up that we had not planned for,” Mr. Prickett said.

Because fewer than half of its 5,400 eligible employees participated in the program, Snap-on probably won’t provide an additional incentive for employees who improve their health scores, according to Mr. Prickett.

However, the company does plan to offer the incentive to participate again this year.

“We’re going to most likely see more participation this year, and those people wouldn’t have a baseline to start with,” he said. But, “it’s important for those people who took the test the first year to take it the second year, if they took action, to see the benefit of that.”

“Part of the consumerism movement is employees and dependents knowing what their health risks are,” Mr. Prickett said.