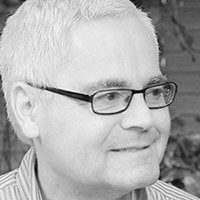 Steve Piersanti is president and publisher of Berrett-Koehler Publishers, Inc., a leading independent publisher of progressive books on current affairs, personal growth, and business and management. Berrett-Koehler pursues its mission of “Creating a World That Works for All” by publishing groundbreaking books that promote positive change at all levels – individual, organizational, and societal.

Steve received the “Champion of Workplace Learning and Performance Award” from the American Society for Training and Development (ASTD) in 2003. The five previous annual recipients were Jack Welch of General Electric, Thomas Stewart of Fortune Magazine, Robert Galvin of Motorola, John Chambers of Cisco, and Fred Smith of FedEx.

Steve has served as the keynote speaker at a variety of different book industry conferences sponsored by the Association of American Publishers, PubWest, the Book Manufacturers’ Institute, and the Independent Book Publishers Association.

Prior to founding Berrett-Koehler in 1992, Steve served as president of Jossey-Bass Inc., Publishers, a publisher of books and periodicals on business and management, education, health care, public administration, the nonprofit sector, and the behavioral sciences. He began his career at Jossey-Bass in 1977 as a promotional copywriter, then served as marketing director, editor, editorial director, and executive vice president before becoming president in 1989. He founded the Jossey-Bass Management Series, which became the company’s largest and most profitable publishing program, and he helped develop the Health Series, Nonprofit Management Series, and Public Administration Series.

Previously, Steve worked for short periods as a magazine advertising sales representative and door-to-door book salesperson. He graduated with Highest Honors from Brigham Young University with a bachelor’s degree in University Studies. While in school, he founded, published, and edited a university student scholarly journal.