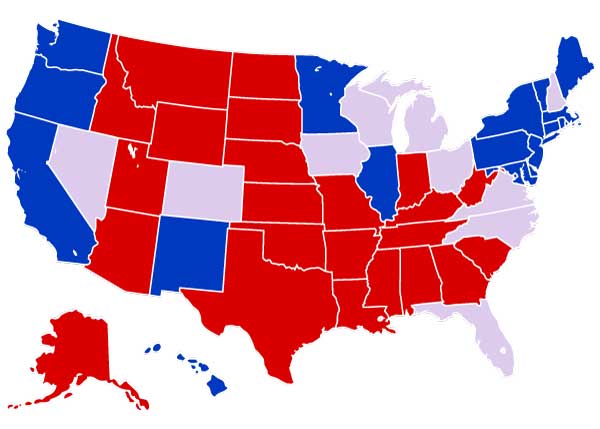 Revamping the nation’s tax system is a very hot topic in Washington D.C. at the moment and that’s not going to change any time soon. One of the reasons Donald Trump was elected president was his stance on simplifying the country’s tax system and lowering the nation’s tax bill. This was a common theme amongst House and Senate republicans during the election, as well. However, some states that typically vote republican are now singing another tune.

According to recent reports, several red states are actually considering new taxes as a way to give their tax revenue dollars a boost. Many of these states, including Kansas, recently made big waves by cutting taxes across the board. However, they are now finding depleted budgets with no relief in site.

On the other hand, states that have just voted to put republicans in control are still considering tax cuts, including Iowa and New Hampshire. No matter where you live, taxes continue to be a hot topic just like they are on Capitol Hill. 2017 stands to be an interesting year for tax reform, one way or the other.

The post Could “Red” States Actually Be Considering Tax Hikes? first appeared on Advisors to the Ultra-Affluent – Groco.