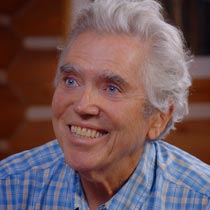 Rob Ryan founded Ascend Communications in 1989. Rob served as President, CEO, and Chairman of Ascend, taking it public Friday the thirteenth of May, 1994, at $13.00 per share. In 1995 Rob and Terry started Entrepreneur America.

Rob gained his first experience in Local Area Networking as a Systems Analyst at Lawrence Livermore Lab in the mid-seventies working on the first non-military extension of Arpanet, the precursor to the Internet.

He became a principle architect of Dec Net with Digital Equipment Corp. in the late seventies, then authored the Intel portion of the Ethernet Specification which set the local area network standard in the early eighties. He joined Ungermann-Bass as Director of Engineering in 1982, leaving in 1983 to found his first company, SoftCom, which was sold to Hayes Microcomputer in 1984. In 1989, Rob left Hayes with three engineers to found Ascend.

Under Rob’s leadership, Ascend became the leading manufacturer of Point of Presence boxes (POPS) for Internet providers. Rob describes Ascend’s business as selling the picks and shovels for the Internet gold rush. Ascend has grown from zero sales in 1989 to over 500 million sales in 1996. In 1995, the last year Rob served as CEO of Ascend, the stock was acknowledged as the best performer of the year on all of Wall Street returning a whopping 721% (Business Week, December 25, 1995; pp. 126-127). If you had invested in Ascend two months after the IPO, you would have gained 3,223% one and three quarters years later (Investors Business Daily August 30, 1996; p. A3). At the end of 1995, Rob won the Ernst and Young Entrepreneur of the Year award for Northern California (including Silicon Valley). Rob was selected as the Cornell University Entrepreneur of the Year for 2002.

The post Building a billion company using the Sunflower Model | Rob Ryan first appeared on Advisors to the Ultra-Affluent – Groco.