Another Poor Showing for the U.S. Tax System

Another poor showing for the U.S. tax system?  It seems that every day a new list of rankings is released about the locations where we live. Which state is best for owning a home, or which city has the highest vitality rate, are some of the topics discussed in previous lists, for example. Everyone has seen these types of stories and while some of these lists can be important or helpful, others are funny or just plain silly. Regardless, of the content, many of us enjoy seeing where our locations rank in the standings.

Globally Inferior
When it comes to tax lists, however, it seems that there isn’t too much to be proud of for the United States when compared to many other countries around the world. The Tax Foundation recently released its International Tax Competitiveness Index (ITCI) for the year 2014. The ITCI is used to measure tax system Competitiveness of the 34 countries that are part of the Organization for Economic Cooperation and Development (OECD).

Rating Factors
The criteria for the rankings is based on five key factors, which include:

And the Winner Is…
Here’s a hint, it’s not the U.S. Estonia comes in at number one on the list with the most competitive tax system. So we’re not number one but the U.S. must be somewhere high on the list, right? After all, we drive the world economy in many ways. Yes, while it’s true that the United States helps drive the world economy, it still apparently lacks the goods in its tax system. In fact, we didn’t even crack the top ten. After Estonia, the rest of the top ten includes:

Corporate Taxes
One of the biggest reasons the ITCI ranks America’s tax system as one of the least competitive is because of the country’s corporate tax system. We have discussed this issue many times before and it’s something that will continue to be a problem for America until the government is willing to implement real tax change.

A Look at the Numbers
The numbers don’t lie. Among all 34 countries in the OECD, the United States has the highest corporate tax rate at 39.1 percent. It gets worse; besides the U.S. every other country in the OECD, with the exception of Chile and Norway have reduced corporate tax rates since the year 2000. Meantime, Ireland has the lowest rate at 12.5 percent, while the average rate is 25.4 percent.

Global Taxes
The United States is also given low marks because if its global tax on corporations. These global taxes have led several large companies to recently create corporate centers in foreign countries with friendlier tax systems. Compare the U.S.’s system to Estonia’s, which exempts 100 percent of any foreign profit that is earned by domestic companies from domestic taxation, and there’s really no comparison.

Work to Do
Corporate and global taxes weren’t the only problem for America. The country also receives low grades for property taxes, estate taxes and high individual income taxes, as well. These numbers clearly indicate that the United States’ tax system definitely has room for improvement. 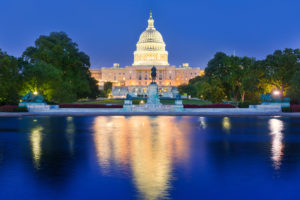 We hope you found this article about “10 Ways to Avoid a Tax Audit” helpful.  If you have questions or need expert tax or family office advice that’s refreshingly objective (we never sell investments), please contact us or visit our Family office page  or our website at www.GROCO.com.  Unfortunately, we no longer give advice to other tax professionals gratis.